Re-inventing Europe after the Irish No edit 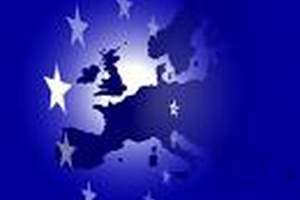 The EU can’t go on like this. Whether the Lisbon Treaty ultimately succeeds or fails, the Irish referendum will have taught us one thing:  Unanimity and uniformity are things of the past. The EU is now too diverse to expect all member-states of the EU to ratify any given treaty or to participate in all areas of EU activity.

Member-states have competing visions of the EU, and are increasingly divided over what they are willing to sign up to.  Is the EU to be mainly an ever-enlarging, borderless free market and security zone—as Britain, Scandinavia, and much of Central and Eastern Europe would have it?  Is it instead to be more of a values-based community with  identifiable borders stopping before Turkey, Georgia and the Ukraine—as Germany, France, Austria, and many other Continental European countries would like?  Should it rather be a borderless rights-based union open to all democratizing countries on its borders—as the Commission, human rights groups, and philosophers like Habermas hope?  And can it also be a global strategic actor promoting democracy, free markets, community values, and human rights r, whatever its borders—as EU and national leaders have been proposing?

The EU branding process was right to replace ‘ever closer union’ with ‘unity in diversity.’  But that unity is itself again in question.  The Irish ‘no,’ by stopping the institutional compromise of the Reform Treaty, risks reopening the debate about what the EU should be at a time when what the EU needs is to open the debate about what the EU should do.   Policies, not institutions, must be the focus of the day if the EU is to move forward.  But whatever happens with regard to the Lisbon Treaty,  it will not solve the underlying problem. This is:  How to accommodate member-states’ differing visions of the EU?

There is one way:  give up unanimity and uniformity.  This is easier to do than one might think, since the EU has already breached the principle of  unanimity in the wide range of areas covered by qualified majority voting.  And it has already given up on uniformity in areas other than the Single Market.  Thus, the UK and Denmark have opt-outs from the Maastricht Treaty.  Schengen includes non-members like Iceland, Norway, and shortly even Switzerland while members like UK and Ireland remain out, as do Bulgaria and Romania temporarily.   Denmark is not a member of the European Security and Defence Policy.  The eurozone encompasses 15 of the EU 27.  Freedom of movement of workers excludes Romania and Bulgaria for six more years.  The Lisbon Treaty would exempt Britain and Poland from the Charter of Fundamental Rights.

The member-states themselves also acknowledged the impossibility of a unanimously agreed, uniform future by introducing the principles of deeper cooperation among select groups of member-states in successive treaties since the Amsterdam Treaty.  The Lisbon Treaty makes these workable for two or more countries with ‘permanent structured cooperation’ for defense and security policy and ‘enhanced cooperation’ for any nine or more.

If the EU were to officially recognize the differentiated integration which it has itself created, and to abandon the unanimity rule for treaties (voted by treaty), it could solve a number of its institutional problems.   Without the unanimity rule, member-states could agree through qualified majority voting on the big policy issues to pursue, with occasional negotiated opt-outs for those members with legitimate reservations about participation in a given policy area.  In areas where qualified majority voting does not work but enhanced cooperation might, member-states could pursue deeper integration.

For prospective members in the EU’s periphery, membership need no longer be a question of ‘in’ and ‘out’ but rather of ‘in which areas’ or ‘out of which areas.’   It would help avoid the ‘big bang’ of accession (or rejection) after long years of hard-bargaining, provide on-going socialization into the EU’s consensual policymaking, ensure implementation of EU rules, and promote continued democratization.  It would only be attractive to countries in the EU’s periphery, however, as well as to non-member participants like Norway, Iceland, and Switzerland, if there were a further  privilege of membership:  institutional participation.

Institutional voice and vote in those areas in which countries participate is necessary to make certain that policy decisions are accepted as the right ones—because all participants would have a place at the table to air their concerns and vote their preferences.  But it is also key to ensuring the ‘democratic’ legitimacy of the decision-making process and the continued democratizing power of attraction of the EU.

Once the principles of unanimity and uniformity are abandoned, membership in the EU will no longer be an all or nothing proposition.  Beyond certain basic membership requirements—being a democracy which respects human rights and participates in the Single Market—member-states will increasingly come to pick and choose the policy ‘communities’ of which they wish to be a part.  The result is differentiated membership in the EU.   This is not to suggest, however, that the EU is now to be ‘Europe à la carte,’ as the free marketeers might wish.  Nor is it to encourage the communitarians to retreat to a ‘core Europe,’ with one dish for all.  Rather, this is an elaborate ‘menu Europe,’ with a shared main dish (the Single Market), everyone sitting around the table, and only some choosing to sit out one course or another.