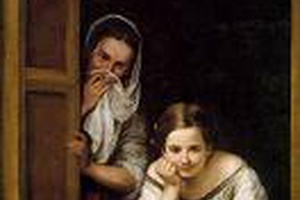 The European Commission has just released gloomy, updated macroeconomic forecasts, with Euro area GDP now projected to decline by 1.9% in 2009. In eleven out of 16 Member states, GDP is expected to fall in 2009, with an especially sharp decline in Ireland (-5%). Due to automatic stabilizers and fiscal stimulation plans, half of the countries are expected to run fiscal deficits exceeding the 3%-of-GDP red line. The European Commission forecasts very large deficits in Ireland (11% of GDP) and in Spain (6.2%). Strikingly, these two countries used to be part of the most virtuous members of the Euro area until 2007. Indeed, from 1999 to 2007, none of these two reached or even approached the 3% bound. General government budget was close to balance on average in Spain while Ireland ran a 1.6% surplus on average. All other Euro Members except Belgium, Finland and Luxembourg crossed the red line at least once, and five of them (France, Germany, Greece, Italy, Portugal) did it several times.

How did such virtuous countries suddenly fall into deep fiscal deficits? The vulnerability of both Ireland and Spain to the present crisis is well documented: it essentially stems from the housing price bubble in the two countries and from accompanying household indebtedness. With the burst of the bubble, the whole economy is plunging and the government has no choice but to spend more and admit lower tax revenues in order to sustain the economy. Why did these two countries experiment spectacular housing bubbles? One important, often cited reason is the very low, often negative level of real interest rates in both countries, a result of higher inflation coupled with low nominal interest rates. From the very beginning of EMU, governments were warned that, with the single currency, real interest rates could act in a destabilizing way, since countries with high inflation would get low real interest rates that in turn would feed demand and prices. Still, the experience shows that they did not react as sharply as needed. Despite positive (and, in the case of Spain, rising) cyclically-adjusted primary budget balances, Ireland and Spain experimented rising current account deficits. In 2007, the current account deficit picked at 10% of GDP in Spain and 5% of GDP in Ireland. As the current account is nothing else than the excess of income over expenditures at the national level, this means that there was a rising shortage of net savings in the two countries: not from the public sector, but from the private one.

Looking backward, it seems that the European focus on public saving (through the Stability and Growth Pact) lead to neglecting the evolution of net private savings. Back to 2000, as part of the Broad Economic Policy Guidelines, Ireland was asked by the European Commission and by ECOFIN ministers to tighten its fiscal policy in order to address the overheat of the economy. However the Irish government cut taxes, and the cyclically-adjusted primary surplus fell from 5% of GDP in 2000 to 1.4% in 2001. Sure, there is little legitimacy for profligate governments to require higher surpluses from virtuous ones. Perhaps more emphasis could have been put on the way to stop the formation of the housing bubble through tighter rules on mortgages or higher property taxes. Still, the present crisis shows that the virtue of both Ireland and Spain was largely an illusion, as if both governments had hidden their deficits into the private sector.

Today, the European Commission and the ECB are calling for a clear commitment to bring public finances back to balance in the medium run. Such commitments, which are embodied in the stability programmes, are unlikely to be credible since they contradict the recommendation of the IMF to stay ready to spend more if necessary, in an environment where no one really knows when the global recovery will take place. One way out would be, as recently suggested by the IMF, to commit to reverse fiscal policy when GDP growth rates have reached a certain upward threshold. Looking forward, one could imagine a more symmetric SGP where, beyond the SGP2 requirement for deficit countries to raise the cyclically-adjusted balance by over 0.5% of GDP per year in "good times", "exceptional booms" would trigger specific monitoring by the European Commission. Such monitoring could include different fiscal requirements depending on the output gap or, why not, depending on the gap between the current account and its "sustainable level" which is related to long-term growth. True, excessive fiscal deficits can endanger the Euro area; but what we have discovered these weeks is that excessive private deficits can rapidly turn healthy public finances into deep deficits, so private saving-investment imbalances should also be scrutinized.