The Fog of Currency War edit 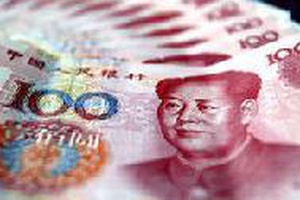 One way to expose the economic mumbo-jumbo that is applied to the Chinese exchange rate by otherwise respectable economists is to look at it from the perspective of Germany and international trade. China-bashers, who from stuttering economies lecture those who have presided over the biggest economic miracle that has occurred without thieving foreign lands or labour, like to focus on current account imbalances. A better measure of competitiveness would be the trade account. The current account includeshot money inflows that come under the exchange control restrictions and have ballooned since the China-bashers created the belief that the renimbi is a one-way appreciation bet. Chinas annual trade surplus with the world was $184.5bn at the end of 2010 or 3.6% of GDP. More than ten significant economies have a larger trade surplus as a percent of GDP than China. Natural-resource-poor Germany is the most interesting analogy and it has the largest 12-month trade surplus in dollar terms in the world: $205.4bn or 6.0% of GDP. (in French)