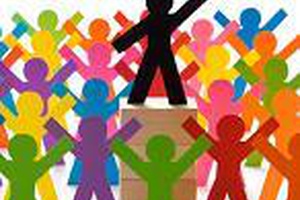 May 2010 will go down in history as the beginning of greater economic solidarity in the European Union as a result of the one-two punch of the Greek loan agreed on May 3 and the massive loan guarantee mechanism of May 9-10. But what shape that union will take remains unclear. German Chancellor Merkel wants more governance by rules, to enshrine restrictive budgetary discipline and draconian punishments for violators. French President Sarkozy wants more governance by leaders, with Eurozone countries to form a kind of economic government that determines Eurozone policy on an on-going basis. Neither will work, the first because it is too rigid as well as economically problematic, the second because it is too flexible as well as politically problematic. Neither, moreover, is very democratic. The first substitutes all-too-inflexible rules, the second all-too-flexible leaders, for considered debate, institutionalized oversight, and open deliberation with parliaments. At a time when European leaders are asking their citizens to accept severe budgetary austerity in the name of Europe, it is even more important to find ways to build more robust economic governance that is also more democratic in practice and, therefore, more legitimate.

We begin with EU economic governance as it now stands. The problems here involve not just the rules-based form of governance but also its content. One-size-fits-all rules, enshrined in law, do not meet the needs of twenty-first century markets, in which every government move is analyzed as to its benefits and drawbacks for the economy as a whole. Merkel’s rules apply a set of prescriptions that worked for Germany in the twentieth century to Europe in the twenty-first. The markets as well as a growing chorus of economists are concerned that the radical austerity measures imposed on Greece and now generalized throughout Europe will stunt growth, jeopardize recovery, and may even spark deflation in the Eurozone.

What the EU needs now, beyond making permanent as a kind of European Monetary Fund the loan guarantee mechanism now called the European Financial Stability Facility, is a more finely-tuned approach to economic governance. This would involve taking account of the EU’s economy as a whole, by considering the interplay between member-states’ differing models of growth and competitiveness, as well as the full range of economic factors that make for sustainable growth in each of the member-states—including productivity, unit labor costs, employment rates, consumption, deficits, business profile, current account surpluses, levels of corruption, investment in education and worker training, and the structure of labor markets. It would also demand that, for member-states in dire straits, the EU think the hitherto unthinkable—by allowing an exceptional ‘structured’ debt restructuring and/or currency devaluation via a temporary, limited move out of the Eurozone into the European Monetary System, with the country protected as it restructures or devalues by being able to borrow from the permanent European Monetary Fund. A similar such arrangement could be made for non-eurozone members with regard to their peg to the euro.

But all of this requires a different way of envisioning the oversight function, so that it enhances rather than reduces democracy and legitimacy in the EU.

The current manner in which the Commission and Council envisage deeper economic governance relies on the same technocratic approach to economic governance that some have long decried as an attack on national democracy and sovereignty because decided and carried out by unelected bureaucrats based on formulaic criteria. This is one of the clearest examples of the EU’s ‘policy without politics,’ in which policies that are normally the basis for politically charged national debates on a left/right basis have been removed to the EU level, where they have become the subject mainly of interest-based and technocratic debates. Although occasionally such depoliticized policies do become the focus of trans-European debate and mobilization, as in the case of the Commission’s notorious ‘Bolkestein’ directive on freedom of movement in services—most do not, ranging from public tendering requirements that could squeeze out small non-profits from social service provision, to increasingly restrictive immigration and asylum policies, and to European Court of Justice decisions limiting workers’ rights to strike (i.e., the Laval and Viking decisions). But even where EU policies are incontestably positive, whether because they ensure more competitive markets or more protective environmental policies, they have nonetheless left the national level increasingly as ‘politics without policy,’ with the national public sphere more and more impoverished as some of the most politically salient issues have been moved upward to the EU—resulting concomitantly in citizens’ sense of loss of national democracy and their questioning of the EU’s legitimacy along with its policies.

There is another way of developing deeper European economic governance, however, which could be an opportunity for enhancing democracy through greater ‘policy with politics’ at both the EU and national levels. The process could be as follows: On a yearly basis, the Commission, after wide consultation with member-state finance ministries, economic think-tanks, and civil society as well as in discussion with the European Central Bank, proposes overall economic guidelines. The Council then debates and decides these in conjunction with the European Parliament according to more political considerations, affected by the left/right basis of both latter institutions. (This could also be an opportunity for the EP to use the procedure of consultation with national parliaments introduced in the Lisbon Treaty.) Their decision on those guidelines could then be translated into more refined recommendations by the Commission or separate expert bodies on the basis of member-state governments’ proposed budgets—which national parliaments would then consider as they debated and voted on the national budget. All of this would make for more focused national debates that would take account of EU-related issues and concerns, thereby generating an on-going public discourse that could lead to greater EU legitimacy (whether or not the parliament agrees with Commission recommendations) as well as a sense of Europe-wide economic solidarity and, arguably, identity. And this kind of democratic economic governance, added to better and more flexible oversight, would make for more realistic, responsible, and sustainable national spending patterns that would be more likely to promote economic reforms for sustainable growth while reassuring the markets.

The route to better European economic governance, more credible to the markets and more sustainable in national capitals, is one which brings democracy back in, as ‘economic policy with politics.’ This is a modest suggestion for how to begin such a process of redemocratization of the EU.