EU: new ways of the small and middle economies edit 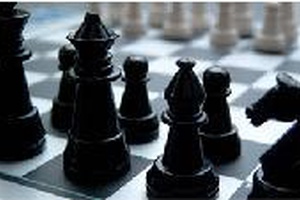 A quick trip through the Czech Republic, Sweden, Slovakia and Poland offers curious impressions of economic situation. All these countries are seeing a fast economic recovery of around 4 percent this year, and the contrast could hardly be greater to the current US depressed mood. Unemployment is the main concern but bubbles are on their way. One can also wonder about the policies carried in these countries whose leaders speak a new language.

All these four economies are experiencing strong recoveries with growth rates around 4 percent this year, and the forecasts are rising. Sweden now aims at 4.5 percent growth. Slovakia had 8.7 percent growth in the second quarter. Admittedly, this is not full recovery for the Czech Republic, Slovakia and Sweden, but the dynamism is impressive. Unemployment remains the main concern, while inflation stays low and below targets.

Yet, the persistently low interest rates are creating bubbles in parts of the economy. At least in Sweden and Poland, housing prices are at an all time high. The most expensive apartment ever now entered the Swedish market: $11 million for an apartment in the center of Stockholm. In Sweden, house loans are largely floating and below 2 percent a year. The country is set for a shock with falling housing prices as soon as interest rates normalize by rising about three times. There are strong arguments to act before the prices rise too far. The Riksbank has just raised its policy rate from 0.25% a year to 0.5% a year, but more is needed.

Another bubble is apparent in the banking sector that is now a favorite investment object, as the banks can borrow at virtually no cost and lend at respectable rates, gaining a larger interest gap than in normal times. This helps the banks to recapitalize but the worry is that these credits are going into asset speculation rather than investment.

A third bubble is large-scale infrastructure projects, which have been boosted beyond capacity by public funding, much of it from EU sources, meant to stimulate the economy. For European mega projects, there are only four potential competent bidders (Swedish Skanska, Austrian Strabag, French Vinci and German Hochtief). In effect, these four are forming an informal oligopoly without apparent collusion. Since all are over-worked, a couple of them often refuse to bid on a project, leaving only two competent bidders. Both in the Czech Republic and Slovakia, economists complained about huge price hikes on these projects, such as a large new railway through Slovakia.

Ironically, there is a shortage of construction workers in Central Europe because of all these public works, so the mega infrastructure projects there have to hire Ukrainian guest workers, leaving the question of economic stimulus moot. Clearly, large structural and regional changes are under way as after all crises, which are likely to keep unemployment elevated for some time, but these changes are not evident yet.

In Bratislava, I saw a panel with three of the four Visegrad foreign ministers. The confidence they exuded was new and impressive. No longer did they complain that nobody listened to them in Brussels. On the contrary, they spoke the language of power. The time was over when the leaders of two countries (France and Germany) could meet over dinner and decide vital questions for the 27 EU members. The Visegrad four are on the rise.

I took the opportunity to ask Slovak Foreign Minister Mikulas Dzurinda, Slovakia’s great reformer, previously Prime Minister 1998-2006, about Slovakia refusing to participate in the eurogroup bailout package for Greece. Dzurinda said calmly that given what they had promised in the election campaign, they have no moral right to contribute such funding. Slovakia does not seem likely to change its stand.

The governments in Sweden, the Czech Republic and Slovakia are all fiscal conservatives, determined to reduce their budget deficits and really do so. Sweden’s Finance Minister Anders Borg has just announced the government’s intention to maintain an average budget surplus of 2 percent of GDP over the business cycle. The voters are clearly happy with that and that the current Swedish budget deficit is only 2 percent of GDP. No prior Swedish government has cut taxes more, but it has cut public expenditures even more. For its reelection, the Swedish government promises both continued tax cuts and increased public expenditures as well as a swift return to a budget surplus on the basis of a good economy.

Poland is the odd man out. Although its budget deficit is heading toward 7.5 percent of GDP this year, the Polish government is doing virtually nothing to cut expenditures, while it is raising VAT by 1 percentage point. Poland is quickly approaching its self-imposed constitutional public debt limit of 55 percent of GDP, but the government reveals no concern.

I was amazed seeing the turn of the Polish economic debate. Suddenly, all-powerful center-right Donald Tusk has started promoting “national champions” in the Polish economy, advocating the merger of two big state utilities, masqueraded as privatization and the purchase by one big state bank of a private bank, which was thwarted by Bank Santander that offered a higher bid. The problem with Poland is that it has more than one thousand state companies left, and the government’s political interventions remain intense. I attended a conference where Leszek Balcerowicz made a keynote speech, attacking “pseudo-privatization” and national champions. Poland’s Minister of Treasury Alexander Grad took it all personally and responded emotionally with strikingly few arguments. Leszek could just note that arguments were missing. Strangely, Tusk appears to appeal to the views of the Kaczynski twins whom he has defeated.

Poland’s problem appears twofold. First, it had no crisis and therefore does not experience any sense of crisis. Characteristically, the main news item when I was in Warsaw was the removal of a cross for late President Kaczynski from the street to a neighboring chapel. It reminds me of when an affluent US could afford to indulge in the Monica Lewinsky affair. Second, Prime Minister Donald Tusk and his party Civic Platform now totally dominate Polish politics in the same way as Victor Orban and his Young Democrats dominate Hungarian politics. In both countries, relevant opposition is missing. The prime minister can carry out any whim. With too many state large enterprises left, Tusk has fallen for the easy temptation to embrace them rather than privatize them. Both Orban and Tusk appear to abandon prior liberal positions in favor of statist ones.

One of the greatest successes of the Polish economic transformation is its stock exchange. Initially in the early 1990s, the Prague Stock Exchange had 2,000 listed companies arising from the voucher privatization but little trade and no standards. The Warsaw Stock Exchange started cautiously with five IPOs and meticulously high standards. Today, Prague has only a score listed companies, while Poland has more than 500. So far this year, Warsaw has undertaken the biggest IPO in Europe (a share of the Polish state insurance company PZU for $3 billion) and at 47 more IPOs than any other stock exchange, including London. Ukrainian companies prefer Warsaw over London or Frankfurt for their IPOs – more exposure and research leading to better prices. No East European stock exchange comes even close to Warsaw’s success.