Can Technocratic Government be Democratic? edit 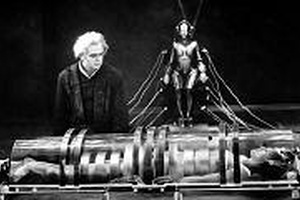 The resignations of Papandreou in Greece and Berlusconi in Italy, replaced by technocratic governments, have raised questions about the democracy of technocracy. These questions only gain in intensity when we add the EU Commission’s increasing powers of surveillance of member states’ national budgets, let alone those of the Troika (IMF, European Central Bank, and EU Commission) when it comes to eurozone member states that have had recourse to loan bailouts (Greece) or to the European Financial Stability Facility (EFSF). The answers to such questions are mixed. Berlusconi's replacement with a technocratic government—precipitated primarily by global market pressures—may actually be a sign of democracy at work. Papandreou's replacement—precipitated by the pressures of the eurozone powers and Papandreou’s own ill-advised gamble on ‘direct democracy’—depends upon how things play themselves out. As for the technocratic governance of the EU, this is where the democracy deficit may be greatest.

Berlusconi's demise has mostly to do with the power of the financial markets and how these forced a response from a stalemated Italian political system. Berlusconi's last ditch effort to get the markets off his back, by offering to have the IMF vet Italy's reform efforts every three months, is testimony to this, as are earlier agreements to respond to EU Commission recommendations for budgetary cuts. But even without those outside pressures, Italy has been suffering an internal crisis of national democracy for a while now. The fall of Berlusconi may very well be a new chance to make democracy work—with the EU playing a positive role. Italy has been 'rescued by Europe' in the past, in the mid 1990s when technical governments followed by the Center Left under Romano Prodi performed the seemingly impossible, making a massive effort to put the country's accounts in order to join the Euro. This could happen again, as remaining in the euro again becomes the rallying cry of a technocratic government trying to make Italy competitive again, until new elections are held. In the case of Italy, then, democratic legitimacy could be said to be preserved if we think of what happens as a tradeoff: the country briefly gives up participatory input—represented by the policies of an elected government—for potentially good policy output by a technocratic one, albeit one democratically anointed because appointed by the President.

Papandreou's resignation, by contrast, is more problematic with regard to democracy and technocracy. In order to avoid defaulting on the country’s debt, Papandreou had to make the same 'pact with the devil' that all countries in danger of default do: give up control over national policy in exchange for a supranational bailout. Even this can be considered democratically legitimate to the extent that a country for a short time gives up participatory input in exchange for good policy output. The difference is that when non-eurozone countries go to the IMF, they give up control of their economic policy in exchange for a negotiated reduction in debt and a short, sharp period of austerity plus a devaluation of their currency. Greece, as a member of the eurozone, could not devalue its currency, and in the first bailout it did not even get a renegotiation of its debt, promised only in the second bailout package. In exchange for following the policies dictated by the Troika (IMF, ECB, and EU Commission), the bailout, including the second tranche, was predicted only to bring its debt back to its old level in ten years, accompanied by an equally long sharp period of austerity that would produce devaluation not of the currency but of salaries along with a massive reduction in welfare state entitlements and services.

So what Greece got is no participatory input and bad policy output. While Papandreou ignored the increasingly vociferous protests of the Greek public over the past two years, thereby denying the protesters any democratic input, the policies themselves produced no growth while imposing increasing pain on a disenfranchised public. This is a recipe for disaster. In this light, Papandreou's call for a referendum could be seen as a genuine desire to bring participatory democracy back in, by allowing the electorate to vote on whether to accept the bailout package and, by extension, to stay in or to leave the eurozone. The catch here, however, is that in re-enfranchising the Greek public he was single-handedly dis-enfranchising the greater public of Eurozone countries, for whom the fate of the euro itself was likely to depend on the outcome of the Greek referendum.

The democratic legitimacy of the new technocratic government will depend largely on the extent to which it can produce good policy output, with policies that work—by not just inflicting pain but also generating growth. The only way to do this would be to gain the public’s trust—lost to the previous government—by truly representing the Greek public’s interests. This would entail quietly working out compromises with the Troika that exchange structural reforms for growth strategies focused on job and business creation and necessarily a slower reduction in deficits.

The EU as a whole has another set of problems of its own. With regard to the eurozone crisis, the EU has been largely governed by the member state leaders in the Council—in particular Germany and France—with the European Central Bank and to a lesser extent the EU Commission. And it has not done this well, given the delays and hesitant solutions that repeatedly have failed to calm the markets. The European Parliament, the only directly elected body in the EU, has barely been involved, while the implementation of the rules tends to be automatic, with technocratic oversight. There has been little public debate over the recipe for economic reform—austerity for all, across the board— that has largely been imposed by Germany in exchange for agreeing to loan bailouts and guarantees. But it is not working, as seen from the deepening crises in Southern Europe and the slowdown in European economies generally, including Germany. So not only is participatory input insufficient, policy output has so far been a failure. If this continues, we might have to start talking about a democracy crisis for the EU as a whole.