The French Mark on Globalization edit 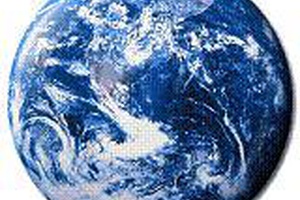 On September 28, Dominique Strauss-Kahn became the new Managing Director of the International Monetary Fund. He follows in the footsteps of his French predecessors, Pierre-Paul Schweitzer (1963-1973), Jacques de la Rosière (1979-1987) and Michel Camdessus (1987-2000). Indeed, French bureaucrats have led the IMF for almost half of its existence. Look beyond 19th Street, and you will find the mark of Frenchmen in many more of the world's most influential economic organizations, from Pascal Lamy, who has been Director General of the World Trade Organization since 2005, to Jean-Claude Trichet, who has headed the European Central Bank since 2003.

French policy-makers seem to run the world's economic bureaucracy disproportionately. France is, after all, only a medium-sized country. It is a country, however, with a long tradition of diplomacy and very capable bureaucratic elites. Moreover, France has benefited from past power-sharing arrangements between Europe and the United States, arrangements so archaic that they may soon be a thing of the past. It is therefore not so puzzling to find French expertise so disproportionately concentrated in international economic institutions.

What is more puzzling, and definitely paradoxical, is to find so many Frenchmen at the helm of the very institutions that make globalization, when France is a country that has been so obsessed with, and so fearful of globalization. Poll after poll shows that the French are the most wary about globalization in the developed world. At the end of the 1990s, anti-globalization books were bestsellers in France. José Bové, whose claim to fame came from the destruction of a McDonald's in Millau, had become a national hero. Fears of globalization influenced the 2002 presidential election and 2005 referendum on the European Constitution. Even today, in the supposedly neo-liberal world of the Sarkozy administration, globalization is still taboo.

Quite intriguing, therefore, is the fact that so many French policy-makers have been in a position to shape globalization from the vantage point of their heading an international institution. Have they imprinted a particular French mark on globalization?

Yes, they have. These French bureaucrats brought with them the idea that globalization could be managed and the policy tools for this management. Yet paradoxically, in enabling their international institutions to manage globalization instead of unleashing it in an ad hoc fashion, they also contributed to creating a more liberal world and, therefore, more globalization. Managed globalization sounds bureaucratic, because it is; but in the process of rewriting the rules, codifying the norms, and empowering the organizations with enhanced jurisdictions, managed globalization has also made the world more open and more global than it otherwise would be.

The concept and the phrase "managed globalization" are indeed French in origin. "Managed globalization" penetrated the French and European discourse for the first time in September 1999, when socialist Pascal Lamy introduced it in his hearings to the European Parliament as the ideological cornerstone of his future tenure as European Trade Commissioner. Variants have included "harnessed globalization" and "globalization by the rules." By doing so, Lamy put a name on an idea and a practice which had been developed by French socialist bureaucrats and politicians over the past decade - those policy makers who had turned France toward the market, Europe, and the world in the 1980s. Indeed, the disorganized, ad hoc nature of globalization was particularly anathema to the French belief in dirigisme.

As policy doctrine, managed globalization demanded that rules for globalization be written and obeyed, jurisdictions of international organizations be extended, and the powers of the organizations themselves enhanced. Thus would bureaucracies play decisive roles in shaping the practices of both governments and firms. True, the bureaucracies would not be French; but they would also not be American. In a sense, the doctrine involved the empowerment of rules and international organizations to supplant the dominance of the American government and American firms. Although the doctrine originated in France, eventually managed globalization came to define the European project. Having fundamentally shaped the character of European integration, the French technocratic elites eventually went on to influence the other bureaucracies of the world economy.

None of this is to argue that globalization is a conspiracy of French policy makers. Paris developed no master plan to govern the global economy. Rather, these French policy makers went off to their posts in international organizations with a shared set of assumptions about how best to organize capitalism across country borders. This concordance does mean, however, that those French observers who see in globalization a conspiracy of Wall Street financiers, U.S. Treasury policy makers, and American multinational corporations really should look elsewhere. The institutional foundations of this era of globalization have been laid more by the French themselves than by anyone else.

The practice of managed globalization has been anything but stifling. Global rules have been codified, and bureaucracies have been empowered, to be sure. But the content of those rules has been liberal, and the bureaucracies so empowered have encouraged the liberalization of the markets for capital, goods, and services. The Europeanization of capital markets, for example, is based on the most liberal financial architecture ever codified. French and German bargaining over European rules during the 1980s led to a deep obligation for member governments to liberalize - not just among European countries, but with third countries as well. The OECD's Code of Liberalization of Capital Movements followed, and in much the same way: with French leadership and intra-European bargaining.

And so, too, with the IMF: the Frenchmen who have headed the Fund have been politically adept, and their economic principles have always fallen within the mainstream of IMF thinking. Indeed, Michel Camdessus played a vital role in the effort, during the 1990s, to expand the jurisdiction of the IMF to member countries' policies on cross-border capital movements and endow the organization with the purpose of liberalizing capital flows. Although the proposal ended in defeat, largely at the hands of skeptical American politicians, the agenda under Camdessus clearly involved the empowerment of the Fund through the codification of liberal rules.

Today, the IMF finds itself in an unenviable situation. Amidst the massive stockpiling of foreign exchange reserves by emerging-market governments, the organization's role in future crisis management is unclear. Member governments regularly express skepticism about the prudence of IMF advice. And the organization lacks leverage over the source of the most important policy problem the world economy has: a gigantic and growing American current account deficit. The IMF's legitimacy crisis is profound.

Perhaps, though, Strauss-Kahn can save the organization. By all accounts he is well qualified, as his French predecessors were. And the doctrine of managed globalization has promised a procedure for arriving at justice that is far superior to that of ad hoc globalization: instead of relying on raw power, these organizations, including the IMF, proceed through processes of dialogue, argument, and deliberation.

Except for one critical fact: the archaic arrangement that has allowed the Europeans to choose the head of the IMF has created yet another legitimacy crisis for the Fund. Although French leadership in international organizations has indeed been generally good for the under-represented of the developing world, experience shows that the process is just as important as the outcome. Strauss-Kahn may well be just the right Frenchman for the job this time around. But the process of choosing him, which involved deliberation only in Europe and salesmanship elsewhere, has been seen as anything but illegitimate. His challenge will be to speak on behalf of the world without its having asked him to do so; to convince his stakeholders that the outcome was more important than the process; and to prove that the world has benefited from the French mark on globalization.