Financial crisis: why it may last edit 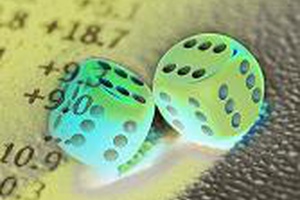 Since the month of August, economists have been trying to understand why something that was supposed to be positive for global growth, namely the diversification of risk through securitization, had turned out to be the source of the recent crisis. The first reaction was to characterize this as a liquidity crisis - some banks were having undue difficulties in securing funds in the interbank market, and thus central banks reacted by providing liquidity through open market operations. Many central bankers and academics started smiling with an "I told you so, there was so much excess liquidity, this was bound to happen", and adopted a tough anti-moral hazard stance. More than a month, and many billions of dollars of extra liquidity injections, later the situation in money and credit markets has not improved. Central banks have added liquidity to a situation of already "excess liquidity" to tackle an apparent liquidity crunch, and yet nothing has got better. Perhaps it was not about liquidity, after all.

What we are experiencing is a combination of reduction in the value of global collateral, deleveraging, reintermediation, and risk aversion. Let's explain these four items in turn.

The expansion of the US housing market followed the standard stages of a bubble: an initial surge based on some fundamental factors, such as low interest rates, immigration and a increased desire to invest in housing as a store of value. Technological improvements in mortgage markets, such as better assessment and management of risks due to massive computing improvements, facilitated this expansion. After a few years, the expansion took a life of its own, speculation increased and both activity and prices deviated heavily from fundamentals. The last stages become a bubble, with the phenomenon of subprime credit at the heart of the final acceleration. Many of the mortgages underpinning this housing expansion were resold. They were securitized - meaning a loan would become a tradable asset - and packaged - meaning many loans were put together to form a single asset. The resulting bundles, called credit derivatives, were then sold worldwide, most of them with high AAA ratings because the large number of loans that they included meant a very small risk on any single one of them. This was a smart idea, as long as many of these individual loans would not sour together. Which is exactly what happened - and was foreseen to happen - when the whole US housing market started to slowdown. Delinquencies started to rise and the value of many of these derivatives, especially those packaging the later vintages of subprime mortgages, had to be revised down. As a result, the holdings of assets of many financial market participants worldwide were marked down in value, and their value as collateral declined along the way.

Many of these assets were held by banks. It was a seemingly easy way to bolster profitability, holding AAA rated assets that yielded more than government bonds and could be sold or used as collateral in money markets. In order to further enhance profitability, many of these assets were held by banks off balance sheet - so as to lower the capital cost of holding risky assets - in innovative forms (now well-known as "conduits" and vehicles"). The result was that banks were holding more risky assets for a given level of capital. When the value of these assets had to be marked down and the conduits brought into the balance sheets, the prudential ratios were not met anymore and banks had to sell some of these assets, whose prices decline. With deteriorated balance sheets, banks had to cut down on loans.

The unexpected increase in delinquencies induced many market participants to think, all of a sudden, that the ratings of many of these instruments were suspect and that all banks in many countries were potentially at risk. As a result, risk aversion and volatility increased and the demand for risky assets declined. Finally, the reduced demand for risky assets led to banks being less able to sell their loans and mortgages - and thus to have to keep them in their balance sheets. The result is substantial reintermediation of credit, the outdoing of secutization, with three consequences: first, banks may run into regulatory limits as their balance sheet suddenly changes; second, banks need more cash to service all these "new" commitments and they become reluctant to lend just in case further surprises appear; third, banks become reluctant to lend to other banks because counterparty risk - the possibility that a fellow bank might be unable to pay back a loan - has increased. Instead of lending cash to each other as they normally do, banks hoard cash and liquidity dries up. As central banks inject liquidity, banks just accumulate more and more. The system is in a liquidity trap.

What is the right response from a risk management standpoint to a sudden increase in balance sheet risk, volatility and uncertainty? Reduce positions dramatically - which in the case of banks implies curtailing lending - and, very slowly, start to rebuild leverage only when both uncertainty and volatility decline and the capital base has been restored. In other words, credit growth and the demand for risky assets are likely to decline for an extended period of time.

What are the implications for policy of this episode? First, this crisis was not the result of interest rates being too low. For any given risk free rate, banks can always choose which level of risk to take on board, and it is now clear that banks chose, in some countries, to run hold a lot of risk. The way to stop this process would have been tighter supervisory control, not higher interest rates. In fact the problem has occurred in countries with very different monetary policy approaches to asset prices and different monetary policy stances. The phenomenon of subprime mortgages was the result of weak underwriting standards and excess demand for the asset class, not of low interest rates. Whether these exposures were on or off balance sheet is a critical determinant of where the surprises are. This shows that monetary policy should deal with two objectives, price stability and financial stability, but we know that tackling two objectives with one instrument is not an efficient arrangement. Monetary policy should ensure price stability, supervision should ensure that risk management is appropriate, and both should work together. Spain, a country with one of the most overvalued house markets by some metrics and one of the loosest monetary policy stances (it has enjoyed negative real interest rates for many years now), has little or no subprime problems and its financial sector has not engaged, as far as it is known, in the risk accumulation process that is at the heart of the current crisis. It probably had the right macro prudential settings.

Second, the right monetary policy response to a sharp decline in the demand of risky assets may not be a liquidity injection, but a reduction in the price of risky assets that offsets, at least in part, the decline in its demand. Liquidity injections are trying to address the symptoms, not the underlying malaise - which can be summarized in an increase in the cost of capital as reintermediation becomes widespread. Central banks must assess whether the increase in the cost of capital needs to be offset in order to maintain price stability, and cut rates if needed.

Third, moral hazard is better dealt with during the upside rather than during the downside. It is clear that, from a political standpoint and especially if the asset is housing, it is very difficult to adopt anti-moral hazard policies when asset prices are spiraling downwards - and even more if the poorer classes of the population are affected, as it is the case with the subprime problem in the US. It is also clear that in today's integrated capital markets, the system is more resilient to small shocks but more fragile to big shocks, and thus considerations of "too big or too many to fail" soon arise. And experience shows that, in general, moral hazard becomes secondary when the stakes are high. Two examples come to mind. The first one is the Asian crisis in 1997. At the time, the theory was that bank deposit guarantees should always be limited to avoid moral hazard. The IMF went to Indonesia and announced the closure of several banks - and a bank run ensued. From that moment, the orthodoxy changed: first declare a blanket deposit guarantee, then announce a bank restructuring process - one wonders why this lesson was not applied in the Northern Rock case in the United Kingdom. The second example is the saga of the Stability and Growth Pact in Europe. The attempts to implement the program of sanctions during a growth slowdown were highly critizised and, at the end, some forbearance was applied and the SGP was reformed by strengthening its preemptive arm - to deal with moral hazard during good times. The same applies to the financial sector, supervision and regulation has to work towards systems that control more effectively the building up of banks' leverage during good times.