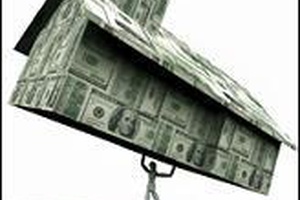 Those who do not know their history are condemned to repeat it. Thus goes the say, or a version of it. It has been a year into what we could call the 2007-08 Western Banking Crisis, ten years after the 1997-08 Asian Crisis – and the crisis is unfolding in its expected ways. Banks are under stress, losses are being recognized, sick or too small to rescue banks are being closed, healthy or too big to fail banks are being recapitalized, and non performing assets will be removed from the system. It is just the same story, with small variations, all over again. In 1997-98, this was done country after country, all over Asia, and many papers were written about it. However, a very important piece of the lessons from that episode has been missing: guaranteeing the deposits of the system before proceeding to closing important institutions.

Back in 1997, there were very intense discussions inside the IMF as to whether blanket deposit guarantees were needed when chunks of a country’s banking sector of a country were about to be closed. Arguments favoring partial deposit guarantees to avoid moral hazard prevailed for a while. But at the end it became clear that when a banking system is fragile and confidence has been lost, the moral hazard argument becomes secondary. In fact, blanket deposit guarantees were established in Indonesia, Korea, Malaysia and Thailand “as soon as the severity of the crisis became apparent” (see Lindgren et al (1999)). The explanation was simple: “a blanket deposit guarantee aims at providing confidence in the banking system….buying time while the restructuring work is being organized and carried out and preserving the integrity of the payment system” (op.cit.).

The best practice is thus clear, and it was well documented. However, in the last 12 months it has been ignored. The collapse of Lehman Brothers, a major investment bank, was accompanied by some ring fencing of the architecture of the repo market but nothing else was implemented to reinforce the confidence of depositors and investors on the financial system. It took a few weeks of panic to guarantee money market funds and increase the deposit guarantee in the US. In Europe, when the Irish government had to institute a government guarantee to protect its banks from a market run, the rest of EU countries complained bitterly – something difficult to understand, given that several major banks were being bailed out in the next few days. In the event, and following another bank failure, Germany also instituted a blanket guarantee.

In the current state of market dislocation and mistrust on the financial system, the EU should institute an EU wide blanket deposit guarantee. And it should be funded at the EU level, not at the individual country level. With the increasing interconnection of the European banking system, it makes little sense to keep the guarantee at the local level. The hub and spoke nature of the European payments system implies an EU wide risk from the failure of a core institution, regardless of where this core institution may be located. And if contagion from one country to the other is the source of the turmoil, even more reason. There are clearly some banks that are too big to rescue at the national level, but no bank is too big to rescue at the EU level. For years it has been clear that the supervisory and crisis management system of the euro area organized at the national level was suboptimal, and this crisis is just making it explicit. The core European banking system is cross border in nature, and the subsidiarity principle implies that it should be dealt with at the EU level.

Clearly, instituting a blanket deposit guarantee should be accompanied by some conditionality. Back in Asia in 1997-98, the IMF packages were strict in requesting the authorities to seek recapitalization and restructuring plans from all the banks in exchange for the guarantees and the other policy actions. At the current juncture the same could apply: European supervisors, upon the implementation of the blanket guarantee, should be very strict and request prompt loss recognitions and recapitalization plans, via fresh capital injections or restrictions in dividend payments.

What is the alternative? Further deposit and market runs that can further jeopardize the stability of the European financial system and, at the end, result in a much more expensive bill for the tax payer. Time is of the essence. The best practices are there, it is a matter of leaving hubris, ideology and politics aside, studying past experiences and doing the right thing.