Why is Africa marginalized in world trade? edit 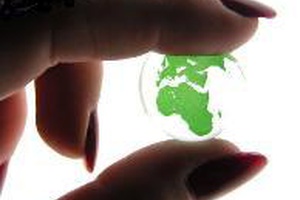 In debates about globalization, Africa’s ability to take advantage of trading opportunities has always been under contention. Data indicate that the continent’s share of world exports has declined sharply, from about 5.5 percent in 1975 to about 2.5 percent in 2002. At face value, this declining share points to an increased marginalization of Africa in world trade. However, it is possible that Africa is trading only as much as it should given the level of factors determining trade (such as income and market access).

Data on average duties faced on exports highlight contrasting stories. On average, African market access is better than that Latin America, Asia, and the Pacific region. There are significant variations within Africa, however, with 21 countries having better access than the world average, and 11 countries incurring export duties of less than 2 percent. Thirty-two countries have market access below the world average, with 13 countries incurring average export duties of more than 10 percent and Malawi facing an average tariff of 23 percent.

This contrasting picture of countries across Africa arises from two different effects. First, countries that are highly specialized in highly protected agricultural products––such as meat, milk, sugar, or some cereals– are penalized, as are those that export to protectionist countries. At the same time, however, preferential access, given by countries throughout the world, decreases average export duties for countries to which it is granted. This is what we will call the “true preference margin.”

Trade preferences will potentially increase exports from Africa for only a selected group of countries. Thus, since African countries enjoy good market access, it must be explained by the export structure of these countries. The benefit to Africa occurs due to specializations in oil, gas, and mineral products or commodities that are not highly taxed throughout the world. Within Africa, exports from Benin, Malawi, Mauritius, Swaziland, and Togo are penalized due to specializations in highly protected products, while preferences only partially compensate. In contrast, Angola, Chad, the Democratic Republic of Congo, and Libya are advantaged.

Moreover, an important policy question remains whether even with enhanced preferences Africa would continue to export less than expected. To answer this question, a recent study undertaken at the International Food Policy Research Institute uses an econometric model to analyze the patterns of bilateral trade (that is, trade between two countries), which is formally specified as a function of the trading costs and Gross Domestic Product (GDP) of both the exporting and the importing countries. The variable of interest is the variable indicating that the exporter is an African country. Globally, if local infrastructure is not taken into account, the coefficient of the latter variable is significantly negative, indicating that GDP, geographic distance, and access to foreign markets do not fully explain Africa’s low trade performance. In the same sample, however, if local trade-related infrastructure is included (that is, air and road transportation and communications infrastructure), the significance of this variable is removed or at least becomes smaller.

Having established that trade related infrastructure is a potential factor in Africa’s lower than expected trade flows, we enable all possible interactions across types of infrastructure. Considering two infrastructure variables (road density and cell phone density) and estimating their impact on trade without imposing any form of relationship between those variables (substitutabilities/complementarities…), the study finds statistically significant impacts of infrastructure on trade. In particular the marginal impact of mobile density rises significantly for the most recent sample. Since the mobile phone density increased significantly recently, the study explains this increased marginal impact to follow from network effects implying that the same percentage increase in cell phone density is much more productive now, given a significantly higher base number of cell phone users.

The policy interpretation of these assessments indicates that even if preferences were to enhance export levels, it is possible that African trade would remain low, possibly due to low levels of trade-related infrastructure. This implies that interventions to improve both the level and quality of infrastructure could yield high returns, albeit depending on significant complementarities.