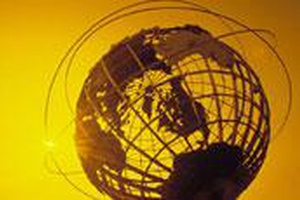 After seven years of negotiations, the World Trade Organization (WTO) mini-ministerial meeting held in Geneva last July did not manage to close the gap between delegations to reach a final agreement on the Doha round liberalization modalities. Conflicts still exist on several issues regarding the disciplines that both developed and developing countries should make. Traditional impact studies aim to assess the potential gains of Doha negotiations by comparing the consequences of the negotiation modalities to the status quo (baseline). Therefore, the cost of a failure of the negotiations is just an opportunity cost: the unrealized gains. However, this approach may underestimate the real losses associated with a failure of the DDA. Such a drastic event will make the business as usual assumption uncertain: the status quo is not a long-term perspective for trade policies.

The current trend of multilateral trade liberalization may not survive this failure and the global public good provided by the WTO that helps to free trade in a stable and less-distorted environment may vanish. First, the threat of trade wars will become prominent. The number of litigations at the WTO will increase and countries may try to reverse past unilateral trade liberalization moves. Second, the current financial crisis may foster protectionist behavior, as occurred after the October 1929 crisis. A parallel can easily be drawn between the current situation and the one that existed then: in 1930, unemployment was also rising, fears of deflation were prevailing, and a lack of public resources, more pronounced in countries that paid war reparations, prevented governments from remedying the economic crisis. Moreover, today as in 1930, the context of decreasing prices can mechanically reinforce protection, as specific duties (duties defined as monetary amounts by physical units), which are numerous in agriculture, become more and more restrictive when world prices are down. In this type of economic context, protectionism is a tempting policy instrument for policymakers—it short-sightedly increases domestic prices and supports domestic activity, and it provides new public receipts. Finally, governments do not correctly anticipate world retaliation and counter-retaliation, as was the case with the United States in 1930 and also last year when in the middle of the food crisis, governments implemented export bans and export restrictions in successive rounds of retaliation and counter-retaliation. So, depending on the success or failure of the Doha Development Agenda (DDA), the trade policy dynamics will strongly differ. However, defining a baseline other than the status-quo is a challenging task. A recent study done at the International Food Policy Research Institute evaluates the cost of a non-DDA agreement by studying cooperative as well as non-cooperative outcomes of these trade negotiations.

The first scenario is a successful Doha outcome based on July 2008 modalities. Due to the complexity of integrating other elements of the DDA agenda in the simulations, it neglects the other source of potential gains that are liberalization in services, trade facilitation, and intellectual property rights. If the DDA fails, two scenarios are analyzed: they focus on an upward protectionist trend. The first option examines the possibility for WTO countries to increase their tariffs up to their Uruguay Round (UR) bound level in a five-year period (2009-2014). In this Up to Bound scenario, we assume that the entire binding overhang will be eliminated. Another protectionist scenario is studied: the Up to Max scenario corresponds to a case where governments apply the more adverse trade policies of the past 13 years but still respect their UR commitments. It is important to note that in both scenarios (Up to Bound and Up to Max), the tariffs implied by bilateral or regional agreements are not changed. Only Most-Favored Nation (MFN) applied rates and non-reciprocal preferential rates are modified. The only exception to this rule is the EU “Everything But Arms” (EBA) initiative due to the way this program has been implemented and renewed in the EU legislation.

The Doha Round will reduce world protection by 22 percent, from 4.6 percent to 3.6 percent. Moving to bound tariffs will double the level of protection in average. The elimination of recent unilateral tariff reduction during the past 13 years (Up to Max scenario) has a more limited impact but still represents an increase of 40 percent in world protectionism compared to the baseline (from 4.6 percent to 6.4 percent.)

The Doha round will cut the applied protection by one-third for High-Income Countries (HICs) and one-tenth for the Middle-Income Countries(MICs), a significant achievement when compared to previous rounds. It will also lock existing market access due to unilateral liberalization on a MFN or nonreciprocal preferences basis. Indeed, under the Up to Bound scenario, protection could increase by 50 percent in HICs, 130 percent in MICs, and 270 percent in Least Developed Countries (LDCs) compared to the current level. With the Up to the Max scenario, protection will increase by 23 percent, 56 percent, and 67 percent, respectively, in these three groups of countries. In relative terms, the Doha Round manages to deliver homogeneous market access gains with an average tariff faced by the three groups of countries reduced by about 20 percent. The other scenarios, however, have significantly different results. In particular the LDCs are more severely affected due to the losses of nonreciprocal preferences (except EBA.)

These figures allow for a clear re-assessment of what is really at stake. A disagreement between WTO countries over the DDA would signal international non-cooperation. If those countries subsequently implement protectionist policies, the loss could be much greater. In the economic model used here, scenarios are not additive so it is not strictly consistent to add up gains and losses. But this exercise clearly gives a first approximation of what could be lost by a non-DDA. A simple calculation gives a measure of the potential loss of USD 1,064 billion in world trade: the failure of the DDA would not only prevent a USD 336 billion increase in world trade coming from new commitments on tariffs, but a worldwide move toward protectionism would contract world trade by USD728 billion. Moreover, the DDA will not only increase trade, it will also reinforce binding commitments and reduce existing bound duties. In so doing, it will play its international public good role by securing the trade environment and decreasing the costs associated to potential trade wars.