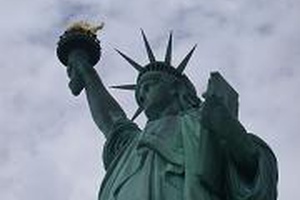 The world has finally entered the real post-Cold War era.  With Russia’s military intervention in Georgia, we are embarking on a new era in international relations.  This will be neither a return to the Cold War (as various US spokespersons appear to want the world to believe), nor a return to classic 19th-century balance of power politics (as some Russians might hope). By demonstrating that Moscow, too, has “red lines”, the Georgian conflict has exploded the myth of the uni-polar world.

What we are seeing is the emergence of an unprecedented form of multi-polarity in which the international scene will be structured by an ever smaller number of ever larger units. Some will be classic nation states such as China and India; others will be regional regimes such as the European Union, the African Union and ASEAN.  But the agenda will be dominated by economics, trade, development, resources, and the environment.  War between any of the major actors is scarcely an option. Complex multilateralism is the new name of the game.

Russia is now back, and the world will have to adjust.  New balances will have to be struck, not just between “the West” and Russia, but equally importantly between Russia and the powers comprising her vast neighbourhood.

Russia’s overt desire to re-establish hegemonic control over its “near abroad” – including strategic oil reserves – will require, not only of the EU and the US, but also of the other poles, sensitive and creative diplomatic engagement. Talk of “punishing” Moscow is as irrelevant as it is unhelpful. What is required is careful thought as to how the world, through a new and complex form of multilateralism, can bargain its way towards a more balanced and secure global future.

The West and Russia need to cooperate in three major strategic areas: counter-proliferation; counter-terrorism; and energy security.  But the interests of the US and of the EU are by no means identical. Geography (as during the Cold War) makes a big difference. That said, it is vital that unity of discourse, both between Washington and Brussels, and between the EU member states, remain as solid as possible.  For this reason alone, it is time to switch off the megaphone and to engage with Russia in discreet, realistic and imaginative ways. The EU troika’s visit to Moscow next week should focus on issues where convergence of interests is clear: regional stability, confidence-building, commercial and economic interdependence, Iran.  Discussion and negotiation are more important than ever.

NATO will have to face up to the unpleasant consequences of the Saakashvili gamble.  Georgian (and Ukrainian) membership of the Alliance now seem out of the question. That poses (yet again) the existential question: what is NATO? What are its political objectives and what are its operational realities?  For the moment, NATO is in Afghanistan, but there is no political agreement internally as to precisely what it should be doing in Afghanistan. Beyond that, there is even less agreement about the long-term. This is an unpleasant reality which the new US president and the leaders of the EU can no longer avoid by dashing headlong into continued expansion.  The Alliance will need to re-define itself yet again – but this time in the context of Georgia’s (disingenuous or simply unbelievable?) sense of “abandonment”.

Military confrontation between Russia and “the West” is unthinkable. War between the major emerging poles is on the way out, not on the way back. None would stand to gain anything by military conflict.  Alas, this does not mean that small powers in the geographical proximity of one or other of the poles will be able to behave recklessly. Georgia has starkly illustrated that cold reality.

The ripple effect of the Georgian war will continue to be felt for several decades as the “real” post-Cold War era develops.  Tensions, misunderstandings and further tactical – and even strategic – blunders are inevitable. But perhaps the one positive outcome of this Caucasian turning point will be that statesmen will have to deal with the world as it is rather than with the world they had created in their imagination.