EU Foreign and Security Policy with the Mini-Treaty edit 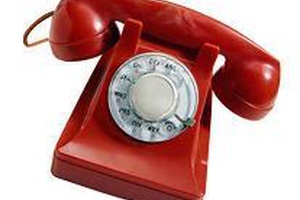 The prescriptions of the 2004 Constitutional Treaty which proved to be the least controversial were, paradoxically, those in the field of the common foreign and security policy (CFSP). The arrangements agreed to in Berlin last weekend represent little change from the 2004 text. The most important elements are the creation of the new post of “High Representative”, the post of President of the Council and the development of a European diplomatic service. These measures will not, by themselves, turn the EU into a new type of international power-broker, but they will help the Union formulate joint policy and, above all, will assist in the coherent presentation of that policy to the outside world.

The key innovation comes with the long-awaited upgrading of the post of High Representative for the CFSP. In the 2004 Treaty text, this post was to have been called the “Union Minister for Foreign Affairs”. Given the new round of negotiations opened up by the mini-Treaty process, the UK chose to object to the title of “minister” (to which it had initially agreed) on the grounds that it suggested greater powers than London cared to live with. The title is in fact irrelevant. The post-holder will only be able to wield such powers as the member states are prepared to devolve.

The important feature of the new position is that it combines the functions of the existing High Representative – Javier Solana – and those of the Commissioner for External Relations – Benita Ferrero-Waldner. At the EU Council in June 2004, it was already decided that Javier Solana will be the first post-holder. The position will be the only one in the EU which involves presence in both the Council and the Commission. This will allow the HR to coordinate the two main thrusts of the EU’s external policy: security and overseas development aid.

The post-holder will also contribute both to the preparation of and to the implementation of CFSP/ESDP and will chair the newly named Foreign Affairs Council (FAC) – replacing the six-monthly rotating presidency in this task. He will represent the Union in international organisations and at international conferences, will “conduct political dialogue” on the Union’s behalf, and can convene an emergency meeting of the FAC. This is as close as one can get to Henry Kissinger’s apocryphal “single telephone number”. Wielding the legitimacy conferred by the Council and the extensive resources flowing from the Commission, the HR should be in a position to streamline foreign and security policy and to help confer upon it – both in policy-shaping and in implementation – far greater coherence and impact than heretofore.

One of the greatest weaknesses of the seventeen overseas operations which have been launched to date under the European Security and Defence Policy (ESDP) has been a degree of incoherence or overlap arising from inter-agency tensions. Over the past two years, attempts have been made to rectify this by establishing joint Council/Commission working-parties. The new post of HR will considerably enhance that process. The post-holder will in fact be an individual of very considerable influence. However, since CFSP and ESDP remain resolutely intergovernmental, the tensions between “Brussels” and the national capitals will continue in any policy area where a member state feels it has a special national interest to defend. During the clash over the Iraq war in 2003, Solana’s voice was effectively silenced.

Another innovation arising from the mini-Treaty which will confer even greater influence over the HR is the planned EU external action service (EAS), which has been on hold since the defeat of the 2004 text in the French and Dutch referendums. The aim here is to combine the experience and professionalism of diplomacy at the national level with the capacity and resources which can be mobilised at European level.

Many questions still remain unresolved and intense discussions will now begin in an attempt to find answers. Will the EAS be an autonomous service, somewhere between the Council and the Commission, as some have advocated, or will it be attached to the Commission, as the European Parliament has insisted? The likelihood is that the new service will be sui generis in nature, with close links to both the Council and the Commission. This institutional conundrum, carrying with it symbolic implications about sovereignty, will not be easy to resolve, but member states have demonstrated – through their continuing commitment to the launch of the service – a determination to streamline and improve the coherence of the EU’s external representation.

The specific tasks to be assumed by the EAS also remain undefined. In the Constitutional Treaty, the service is only referred to in the context of the second pillar, which could be taken to imply that it will have no responsibility for first pillar business (currently overseen by the Commission’s one hundred and twenty overseas missions). This would be manifestly absurd and the likelihood is that the EAS will cover all matters of external policy. But the task of rendering coherent the work of the new EU diplomatic service and that of the existing 1,362 embassies run by EU member states in third countries will not happen overnight. However, the EAS will be staffed by diplomats coming from three sources: the General Secretariat of the Council, the Commission and the member states. Given political will to make it succeed, plus the galvanising role of the HR, there is little doubt that the EU’s voice in the outside world will progressively become more coherent and more audible.

The third innovation is the new President of the European Council, elected for a period of two and a half years, with the possibility of re-appointment. This individual will also replace the rotating presidency, whose demise is another major feature of the mini-Treaty. The new President, in addition to “chairing and driving forward” the work of the Council, will also be expected to ensure the external representation of the Union on issues concerning its common foreign and security policy. Herein lies the potential for a turf war with the HR.

An analogy often deployed is that of the US President and the Secretary of State. This is doubly misleading. Both those office-holders exercise clear lines of authority, whereas their new EU “counterparts” will still have to coexist with powerful heads of state and government and with influential foreign ministers. Moreover, between the US President and the Secretary of State there is a hierarchical relationship entirely missing from the new EU positions. The best way round any potential clash of responsibilities would be a de facto division of labour whereby the President of the European Council concentrates on the preparation and implementation of essentially non-CFSP/ESDP aspects of Council business, leaving most foreign and security policy coordination to the HR. In this way, the two executives can come together to coordinate CFSP/ESDP issues whenever such coordination becomes essential. External representation will follow the norms of protocol. The US President would not expect to interact regularly with the HR; whereas the latter would expect to be received by the Chinese foreign minister.

The EU has long sought to improve its external representation and impact. Under the terms of the 2004 Constitutional Treaty, it gave itself a new set of instruments for achieving this. The fact that these instruments have emerged almost totally unscathed from the mini-Treaty process suggests a considerable measure of dynamism behind the commitment to deliver. But the devil will be in the detail and there is still a very long way to go before Kissinger’s “single telephone” number becomes a reality.