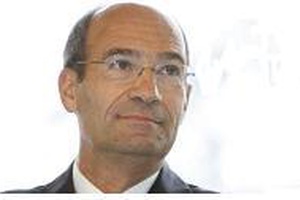 The ‘fiscal package’ passed on 21 August 2007 (known in France under its acronym ‘TEPA’) was sold by the new government as an important tool to bolster confidence and thus make reforms easier. Since then, it has become the main target of the government critics in the French political debate. When the project was made public, we had concluded that, from a strict economic angle, the fiscal side of the first reforms announced by PM Francois Fillon was ‘an unnecessary fiscal stimulus without long-term merits’. Real life has confirmed this diagnosis: the ‘fiscal shock’ was based on flawed economics, namely that fiscal stimulus generate high growth returns, and proved counter-productive in the French political debate. Yet, the new government’s fiscal policy is not as negative as some critics are saying, and it is not too late to re-design it so that budget decisions would support structural reforms.

Despite robust growth, the budget deficit rose in 2007
The provisional national accounts for 2007 published by Insee on May 15 brought two interesting pieces of news.  First, GDP growth was more resilient than previously thought in 2007: on a non-calendar adjusted basis, which is what matters for the budget balance, real GDP increased by 2.2% last year, in line with potential growth.  Second, GDP data for 2005 and 2006 were each revised upward by two-tenths of a percentage point, to respectively 1.9% and 2.2%.  In short, French GDP has been growing close to potential over the last three years.  The less good news is that, despite this supporting macro environment, the government budget deficit soared last year to 2.7% of GDP, after three years of decline.  If fiscal policy had been neutral, the budget deficit would have been roughly stable at around 2.4% of GDP.  Therefore, INSEE data reveal that there was a moderate fiscal stimulus last year, of around 0.3% of GDP, which no sudden demand contraction could have justified.  On the contrary, final domestic demand was growing far above trend speed (2.8% in 2006 and 2007). Paradoxically, this fiscal stimulus might have added to domestic inflationary pressures, thus undermining President Sarkozy’s pledge to boost French households’ purchasing power.

The 2007 stimulus came from the local electoral cycle, tax cuts and interest payments
Yet, last year fiscal stimulus was not the result of the August fiscal package.  Instead, it came mostly from a spending spree by local governments and tax cuts decided by the previous cabinet.  Public investment spending by local authorities (mostly municipalities) increased by a stunning 8.2%.  In France as in many countries, mayors stick to the time honored political cycle: tighten fiscal belts after elections, boost spending in the year before, hoping that taxpayers have a short memory.  Local elections took place last March and despite their generosity to spend tax payers’ money, many incumbents lost their mandate: among the 952 cities counting more than 9,000 inhabitants, 150 municipal teams were ousted.  To be fair, the municipal electoral cycle was not the only reason behind the rise of public deficits: income tax cuts, including a significant increase of the earned income tax credit (‘prime pour l’emploi’) amounted to 3.9 bn euros, or 0.2% of GDP.  Last, interest payments on the national debt increased by 4.7 bn euros (0.2% of GDP). This latter move is a cause for concern for future fiscal policy: from 1996 to 2006, interest payments declined from 3.6% to 2.6% of GDP, as a result of ever lower long term interest rates.  This trend helped to contain the burden of an ever higher public debt.  But this trend is probably over now, which implies that policy makers will have tighter fiscal margins in the future.

The French public deficit is likely to rise further this year
For this fiscal year (which coincides with the calendar year, as in most EU countries), the government is aiming at cutting the overall deficit to 2.5% of GDP.  We believe that this is a very ambitious target for at least two reasons.  First, the TEPA bill should have a full year impact of around 10 bn euros (according to PM Francois Fillon), or half a percentage point of GDP.  The fiscal package is mostly made of income tax cuts (with a ceiling brought down from 60% to 50% of pre-tax income) and tax credit on overtime hours and new housing loans.  Second, GDP growth is unlikely to reach the government’s target (between 2.0 and 2.5%).  Although the first quarter GDP growth was slightly stronger than we had expected (0.6%Q instead of 0.5%), we believe that the French economy is now cooling, as macro headwinds such as faster imported inflation, slower global trade, the strength of the euro and, last but not least the impact of the credit crisis on bank lending, start to hit aggregate demand and to slash corporate profits.  Cyclical indicators such as the Insee business survey or the closely scrutinized bank lending survey are all hinting at a turning point.  In these circumstances, we believe that the average forecast of the private institutes advising the Ministry of economy and finances, 1.6% GDP growth for this year, is a reasonable forecast, with risks probably skewed on the downside.  A combination of slower growth, tax cuts and higher spending would spontaneously increase the general government deficit by 0.6% to 0.7% of GDP, on our estimates.  Even if, as seems likely, the government keeps current spending, including healthcare, in check, we think that it will be difficult to avoid a further increase of the budget deficit, which is likely to reach, if not to break, the Maastricht limit of 3.0% of GDP this year.

Fiscal policy is not enough supportive of structural reforms
The 3.0% line and potential reprimands from the EU Commission are not critical.  After all, the French fiscal policy is only moderately expansionist, since tax cuts are partially offset by the government’s will to cut spending, as heralded by the 11,000 planned headcount cut in the Education Department.  The important question is whether fiscal policy is supporting the structural reforms that the government wants to implement.  From this angle, past actions are not convincing.  The social contribution and tax cuts on overtime hours are welcome, since they should increase the supply of labour by cutting its marginal cost and boosting its marginal return.  However, the complexity of the reform makes it less effective than previously thought, and its effect is likely to be pro-cyclical, since companies’ demand for overtime hours should shrink as the economy slows.  The tax credit on new mortgage loans might be welcome from a cyclical standpoint, since demand for housing loans is sharply decelerating, but it is unlikely to change the long term potential growth of the economy.  The next batch of tax cuts (a cap on income and wealth taxes, cuts in inheritance taxes) may be justified in the long run, since they will contribute to reduce excessively high marginal tax rates, but they should be financed by spending cuts in order to check the rise of the overall debt, which is not the case.

It is not too late to bend fiscal policy toward reform support
Since the 2009 budget is still work-in-progress, we think it is not too late to put budgetary policy more at the service of structural reforms.  The general revision of governmental policies (RGPP) presented by the government on April 4 is supposed to go in this direction: its purpose is to simplify the structure of the civil service, leverage its strength and make it more cost effective.  Some of the measures that were announced, such as reforming subsidies to the housing market, a system that is actually reducing the supply of new houses, were long overdue and are thus welcome. However, the ambition of this project looks very limited: according to the government, these reforms would cut overall spending by some 7 bn euros by 2011, that is, 0.3% of GDP at this time horizon.

Paying for reforms implies more drastic spending cuts
Many structural reforms may be done without budgetary costs, as well illustrated by Mrs. Lagarde economic modernization bill (see ‘Mrs. Lagarde Turns Sarkonomics into Supply Side Reforms’, May 6, 2008).  Yet, some important structural reforms not included in the modernization bill package, such as the abolition of entry barriers in many professions (notaries, pharmacists, taxi drivers …), the reduction of the weight of the state civil service or making the status of civil servants more flexible (following the examples of the UK, Italy and Sweden) will have budgetary costs.  An example illustrates that point very clearly: how could taxi drivers accept a reform, which, by doubling the number of licenses, would cut by half the value of their assets (licenses are traded)?  Paying for reforms is a sensible idea, developed with great details by Pr. Charles Wyplosz and Jacques Delpla in ‘La fin des privilèges, payer pour reformer’ (Hachette-Telos, 2007).  In the case of France, where the general government debt, including pension liabilities is close to 100% of GDP and still rising, the only sensible way to pay for reforms is to cut spending on other items, such as welfare benefits and payrolls. Cutting spending by 0.3% of GDP will certainly not make room for costly structural reforms, and will do nothing to convince other EMU countries that France is not trying to free ride on the financial credibility provided by the single currency.

The window of opportunity for structural reforms is still wide open in France.  Yet, in terms of fiscal policy, there is not much time left: the budgets for 2009 and 2010 are the last ones for that purpose.  Afterwards, the proximity of the 2012 presidential and general elections will make things much more difficult for reformers.