Some ways out of the financial crisis edit 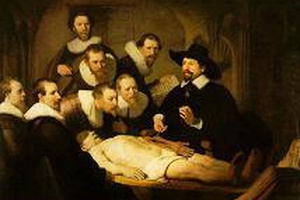 Everyday, as a matter of urgency, central banks and governments are fighting against the fire. An amazing blow to confidence has burst within the most sophisticated financial system which has ever been experienced. Before smoke and dust fall down, it is wise to investigate the ways out on which governments should drive the players of this drama in order to contain damages and speed up reconstruction.

The following question is commonly asked: do we need more or less “regulation”; more or less “free market”? The answer is straightforward: more market is needed with more organization and discipline from the players.

Too much regulation creates perverse behaviors. A heavy and rigid line of defense provides a misleading feeling of security. And financial bodies are clever at bypassing borders, to go and play their games on non regulated markets for derivatives and over-the-counter transactions. Those fields, where profits had been plentiful for some time, have also sheltered the least mastered transactions. On those segments, too much laisser-faire has thus deprived the financial industry from the framework so much needed for a more efficient management of information. Setting up organized markets for standardized assets is vital for the efficiency of the financial system. They allow a sober and more efficient way of working out information which is the major input in the process of striking prices. They are also needed for any relevant public intervention, as they allow timely warnings about prices and effective positions, provided that sufficient transparency is preserved.

Those very basic reminders should encourage wise advisors to prefer taking positions on organized markets. However this is possible only when financial industries and governments consider setting up such markets on time and on a sufficiently wide scale. Derivatives are in strong need for such developments. The players in the credit default swap markets are right candidates for such an initiative. They are eventually working out the clearing house which would have been so useful if only to balance the positions on defaulting firms.

Investors have also experienced how bitter it is when they mostly rely on information provided by rating agencies and external financial analysts who often happened to be late in the race for information. Short sellers are today praising themselves for having been ahead of officially recognized advisors. Also we have all observed what has happened to the prices of assets when investors have systematically given mandate to third intermediaries. It is then easy to be convinced that positions taken by market players on their own have the most essential information content. Moreover specialized professionals who devote more time and resources to dealing with information are in a position to play a leading role. The positions taken by licensed financial institutions on their own should then be made transparent one way or another. Governments may be further advised to license specific public reference players on specific markets. Indeed this is what the Paulson plan attempts to do: one of its objectives is to estimate acceptable, almost normative, prices for the toxic assets. So has been addressed, in this time of crisis, the never resolved question of the public regulation of specific asset prices. One government agency, and no central bank, is required to intervene, without consideration given to the monetary policy.

While market structures are essential, the solvency of the main intermediaries on the other hand should not be questioned. Otherwise there will be no liquidity and without liquidity there will be no market at all. The current turmoil on the inter bank markets is an extreme instance of such an outcome.

Insurance schemes, regarding deposits in the first place, certainly help to stem investors’ anxiety ex ante. It has been experienced that those schemes are efficient for individual risks. However when it comes the time to deal with systemic risks, such an approach leads governments to stretch the insurance schemes to their maximum extent, including all financial intermediaries and all their liabilities, including their cross-financing!

In fact governments should rather rely on credible agencies entrusted with permanent powers allowing them to oversee intermediaries and to restructure them in case any bail out clause would have to be exerted. The role of “lender of last resort” has been fully performed by central banks which in the current crisis have uncovered extensive fields of experiences and interventions. Notwithstanding this considerable effort, governments have (re) discovered their role as “shareholders of last resort”. It is must needed today to design specialized bodies for this function which has not been much formalised so far. The main criticism levelled against the Paulson plan is that it provides for a very rough governance of the scheme (no distinction between its two actions–asset buying or capital injections-, and all the powers directly within the hands of a Treasury team). On the other hand the efforts made by some other governments in order to settle specific agencies, clearly identified and mandated, should be praised. This approach will survive to the present crisis because it is operational, flexible and will prevent from further misbehaviours, provided that the agencies show themselves tough enough vis-à-vis the intermediaries which would have been easy going with the common rules they were expected to follow.

Is it then possible to add anything to the bulky literature about supervision rules? As many other codes of conduct, they are made of common practices which are supposed to be spontaneously followed, except by rough offenders. On the contrary, meaning to fix all the likely states of nature and all the possible misbehaviours in very detailed regulations surely would be vain. We should rather check whether the intermediaries have long lasting good aptitudes and accurate capabilities of adaptation. This is the heart of the debate about the cyclical impact of supervision ratios. In this field, it would be wise to update some basic rules such as putting aside the profits of good times in order to be able to dispose of them in bad times.

Besides, are we sure that the very principles of fair value accounting allow us to uncover the true value of equities? Governments are supposed to prefer methods which cannot be suspected of concealing fundamental information. Banking circles rightly reject the “distress prices” currently recorded on some markets so tight that these ones are not true markets. On the other hand they cannot advocate for being allowed to fix prices, as much as they want, at historic costs without bringing legitimate suspicion. There seems to be a compromise way: when a market price does not exist, the historical cost reduced by appropriate write downs should not be too far from the value of discounted future cash flows. The cyclical volatility of values is a matter of fact: expected cash flows are influenced by unexpected shocks. It is better to make sure that this is regularly accounted for, keeping in mind that on the other hand equity ratios would have to be set in accordance with cyclical patterns.

Eventually it is not possible to ignore the desirable discipline to be imposed to compensation schemes within the financial firms. The “originate and distribute” scheme has been widely accused for having caused irresponsible or even fraudulent behaviours. Unlike moralists we do not think that individual ethics alone can resolve the issue. Of course we trust in ethics. But it would be wise for common rules to help those who respect some ethics to survive or even better to impose. This issue raised topics related both to human resource management and to firm governance.

We have to join our voice to those who object at compensations purely based on performance when this one is only assessed by records of rough turnovers: brokers on the sub prime market have been pictured as caricatures; as for traders, they receive bonuses which are based on rough trading margins rather than on carefully calculated profits. Some unfortunate experiences have also shown that it may be risky to despise the compensations based on effort (wages) and the monitoring exerted by hierarchy or pairs (the Toyota system does not make people dream as much as the star system!). Basing today compensations on expected profits may eventually be very risky, as it has been experienced with stock options exercised too early. Of course it would be more reassuring to link compensations to profits duly assessed ex post.

Further, as a matter of principle, ruling managers’ compensation schemes should be adopted by shareholders’ general assemblies. This is the whole system of checks and balances in the hands of the shareholders which needs to be renewed. If of course shareholders must pay for the passed sins they have willy-nilly covered, it is still necessary to find new stakeholders able to draw the accurate information from within the corporations in which they might risk their own money. Let us thing only once of the pension funds. Even creditors would benefit from stronger shareholders: creditors might have to get back firms’ assets as mere payments for their claims, in case the value of the assets would fall below the value of the debt. Governments as well should be happy to rely on private shareholders able to accurately monitor firms. Governments would not be able to do the job themselves and honestly on a large scale. Despite the complexities of a global financial world, shareholders should be granted the possibility to exert effective control on directors. How and to what extent should the roles of managers and directors be made distinct? What is really the need for independent directors (independent from whom? from the old boy network or from the shareholders?), what are the legitimacies and the incitation schemes they would deserve in order to make sure they exert a sufficient monitoring?

Here are some topics which the financial crisis has put at the forefront. They should be taken on board all together and at the same time in order to renew the famous “confidence” we all would like to rely on.