Boris Johnson, tea bags and the complexity of law edit 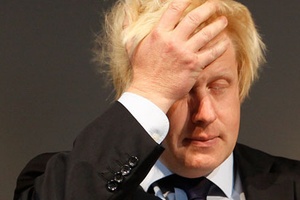 Boris Johnson, in his plea for Brexit, develops the familiar theme of excess of niggling and stupid standards coming from Brussels. The argument is not new. It regularly provides funny examples, more or less accurate, on the way the Commission interferes in the lives of European citizens. Boris Johnson chose to denounce the absurdity of regulating the recycling of tea bags, the possibility for a child of eight to inflate a balloon or the limits to the power of a vacuum cleaner.

His argument shows a case of remarkably fairly widespread legal schizophrenia. In parallel to these examples, Johnson also argues that it would be impossible for the United Kingdom, because of its membership in the European Union, to define better-designed cab windows for truck for protecting cyclists. If one understands the argument, it is not the lack of standards from Brussels that is invoked in this particular case but the opposite. There would be both too many and too few standards. But it is also clear that if the cyclist Johnson wants more standards for trucks, it is likely that the manufacturers would find that the Union or the United Kingdom do not have to legislate on the matter...

This perfectly illustrates the fact that nobody wants a world in which the products offered for sale are not safe or do not respect social or environmental standards… though simultaneously everyone wants to enjoy the greatest freedom to produce or to act. The standards are stupid if they hamper my freedom but necessary if they protect us.

The proliferation of legal texts is not to be blamed on the European Union. It reflects the tensions between conflicting aspirations of a complex society, the demand for ever greater security and the refusal of any hazard. One may note that the fact that some of these texts are common to all countries of the European Union is a complexity reduction factor in an open world. It would be an illusion to think that repatriation at the national level of the capacity to define all applicable standards would reduce their number and make them simpler.

The real issue is the following: what is the appropriate level for the adoption of standards?

In this regard, lawyers can provide useful tools. Firstly, it is essential to prioritize the standards. This does not reduce the volume of texts but allows to see more clearly hierarchical dependencies. This was the role of the Badinter Commission for the French Labour Code. Selecting the most important principles allows to identify what will be adaptable and what could lead to derogations. This is also a necessary step for identifying the competent authority at each level. It allows then to choose between a decentralized development of law and a more harmonized approach. Note that none of these models produce simpler law in itself, or produce more efficient legal standards.

An alternative to this option could be to give up a finicky precision and limit legal texts to very general rules, then letting the judge find the balance between conflicting principles and address the practical applications of these principles. It can work. But such a case-law approach does not reduce but actually increases complexity.

The question is not whether we need detailed standards but at what level they should be adopted. In this regard, giving flexibility to local levels leads to costs and is a barrier to free movement. It may be better for labour law because it provides better adaptation to the operating conditions of the company at a price of more negotiation or more complexity in case of change of employer. The situation is different with regard to the production of goods and services.

This is what explains the derisory nature of the agreement obtained by David Cameron: he announced that it was for the UK to regain its sovereignty but he could not make any concrete requirement significantly strengthening the sovereignty of his country while preserving the internal market.

No more than the Prime Minister, Boris Johnson is able to offer a coherent alternative which could both preserve an open economy and allow repatriation of the legislative power. Who can believe that, apart from a few anecdotal cases, the UK would not choose the standards agreed in Brussels in order to export its products, including tea bags, power vacuums, design of truck cabs or balloons?