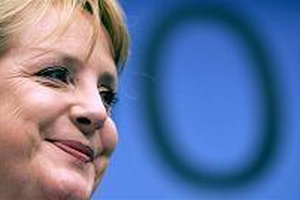 After almost a decade of slump, the German economy is finally moving again. Growth this year will probably exceed 2.5%, and comes on the heels of the longest slump since the 1950s.  Germany, long considered one of the “sick man of Europe,” logged less than a third of EU’s overall rate of GDP increase over the past ten years. Many are relieved that this central engine of Euroland is firing properly again. The question is: How long? How sustainable is this faster economic growth in Germany?

The Teutonic turnaround is noteworthy for three important reasons. First, it was led by a significant upturn in equity values. The DAX index started rising already in March 2003, and has increased by more than 250% since then. Previous German recoveries were seldom accompanied by such a strong run-up in stock prices. Just to put things in perspective, DAX outperformed the French CAC-40 index by roughly 100%, and the Italian MIBTel by about than 125% over the same period. Investment, both domestic and inward FDI have increased sharply in the aftermath.

Second, the recovery has been accompanied by massive increases in both exports and imports, both rising by about 33% in real terms since 2003. Germany is opening up to international trade in an unprecedented fashion. If there was a demand effect behind that export growth, it was certainly offset by above-average import growth; Germany may well be an “Export-Weltmeister” but it it has become a leading Import-Weltmeister as well. At the same time, consumption spending, a traditional engine of recovery in OECD economies, only turned upward in 2006.

Third, unemployment has declined more sharply than than in any other recovery since the early 1960s. For the first time, since the 1970s, a recovery has made significant inroads into an upward-drifting trend of joblessness, especially long-term unemployment. This has occurred despite a labor market reform which reclassified half a million able-bodied Germans as unemployed in January 2005. Even in the depressed eastern part of the country,  the unemployment rate has fallen significantly.

Those who would argue that this recovery is simply Germany free-riding on the aggregate demand of a booming world economy are ignoring the evidence. Indeed, it it is intellectually challenging not to attribute a large part of the dramatic drop in German joblessness to the supply-side and especially labor market reforms implemented over the past three years. My interpretation starts with those stock prices, which started rising in March 2003, the same month that chancellor Gerhard Schröder announced the Agenda 2010, and which ultimately led to the Hartz legislation. Similar spectacular stock market increases can be found in the years subsequent to both the Thatcher reforms in the UK and the Wassenaar consensus in the Netherlands in the 1980s. Any informed assessment must conclude that the country has begun to adjust to competitive pressures normal in a monetary union with a free internal market. German industry has exploited a long period of moderate real wage growth to restructure, increase productivity and restore competitiveness in a tough world market, partly by aggressive outsourcing of low value added abroad. Unit labor costs in Germany have fallen by about 10% and German inflation has been the lowest of all Eurosystem countries since the launch of the monetary union in 1999. By virtue of a disciplined internal devaluation, Germany can now compete again inside and outside Europe.

You would think that German policymakers and politicians would be falling over themselves to take credit for this recovery. Far from it: in fact, a wave of discontent shaken the country in recent weeks, and there is a real danger that much of the hard work of recent years may be cast to the wind. The Social Democrats, partners in the grand coalition, are still smarting from backlash they received from their traditional clienteles when ex-chancellor Schröder introduced the Agenda 2010 and the Hartz reforms; public approval ratings are at all-time lows. In a transparent attempt to buy back alienated voters, SPD party leader Kurt Beck has now proposed to “share the fruits of the recovery” and increase the duration of unemployment benefits and backslide on increasing the retirement age. His argument: With growth strong and tax revenues rising, the welfare state can afford to be more social. Even more striking are the public opinion polls: more than 80% of Germans support the SPD leader’s initiative.

Hello, is there an economist in the house? Evidently, those currently in power missed a key opportunity to explain to voters why tough labor market reforms in Germany – significant cuts in both the level and duration of unemployment benefits, increased pressure to take up work, combined with deregulation of the temporary help service and part-time job markets – were sorely needed to raise the sustainable path of output, and not simply self-flagellation. Instead, two years have passed without further action – a missed opportunity to organize majorities for deeper reform while the economy is growing. Vacancies are at an all-time high, labor shortages are beginning to emerge and, at an official unemployment rate of around 8.5%, wage growth is picking up and unions are striking again for more. Eyeball econometrics suggests that the equilibrium rate of unemployment has not fallen as much in Germany as it has over the past two decades in the Netherlands, Denmark, Ireland, and the UK.  Unlike those successful reformer countries, Germany started, but has not yet finished its supply side homework. If it backslides now, it and the rest of Europe will pay the price when the next downturn comes.