Strategic Games around Free Trade Agreements in the Asia-Pacific edit 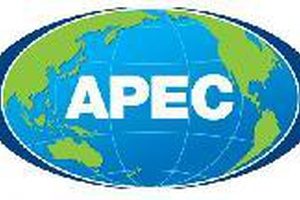 Barely a week after the G20 in Cannes, ten of the 20 leaders reconvened half way across the world in Honolulu as part of the annual summit of the Asia-Pacific Economic Cooperation forum (APEC), together with other Pacific Rim leaders. APEC summits are usually quiet and polite affair. This time, however, APEC became the scene of great diplomatic games and one more match in the growing strategic rivalry between China and US. Indeed, the US decided to use APEC as platform for strategic reengagement into Asia and balancing China’s growing dominance. This game may well be the one with the most significance for the future of the world economy.

The tool used by the US in this grand strategy is the Trans-Pacific Partnership (TPP). Officially, the TPP is voluntary effort by a core group of APEC countries to create an advanced free trade zone that includes social and environmental dimensions. It started small a couple years ago with key nations such a New-Zealand, Chile, and Singapore. However, the 2011 version of TPP is an upgraded initiative now led by the US and encompassing 9 core members: the US, Australia, Brunei, Chile, Malaysia, New Zealand, Peru, Singapore, and Vietnam. In Hawaii last week, in a bit of high-stake drama, Japan joined these members (although halfway only). The TPP members officially kick started their negotiations in Honolulu. The TPP game includes a provision of “high access standards.” In addition, all current TPP members must approve any new member and that member must still wait 90 days before joining the group.

Why is the US actually pushing for the TPP at this moment? There are three core reasons, all related to the growing competition between the US and China. First, at a geopolitical level, the TPP initiative marks a strong return by the US to multilateralism and to efforts to expand the global trade regime. This is indeed the first major multilateral trade initiative by the US in years. But this strategic initiative is in part a response to the recent gradual loss of control by the US over the proliferation of FTAs around the world.

Second, the TPP is part of the current large US offensive to “pivot back toward Asia” (to use Secretary Hilary Clinton’s phrase in her recent Foreign Policy piece). Together with the TPP offensive, the US is also getting more involved with ASEAN and South China sea issue, joining the East Asia Summit (ASEAN+China+Korea+Japan+India+Australia, now joined by the US and Russia) for the first time, and announcing the opening of a new permanent base in Australia. Indeed, between 2000 and 2009, the US largely took a back seat to institutional progress and regional integration in Asia. The number of FTAs in East Asia soared from 3 to 54 in that period. But the US was only involved in 3 small FTAS, while China was the key integrator and Japan played a secondary important role. As a result of the last decade, China displaced the US as number one partner for most East Asian countries. In countries like Japan and Korea, export reliance on China soared from the 10% level in 2000 to a level between 22 and 30%. The TPP is designed to slow or reverse this trend. It marks a desire of the US to stake a larger claim in the East Asian economic boom and East Asian political sphere.

And third, the TPP is more than a trade tool. It may be an attempt by the US to slow down the ASEAN+3 (Japan, Korea, China) process of regional integration favored by China, a process that seems to have gained quite some momentum in recent years. Dramatically, Japan and some key ASEAN countries, including Malaysia, a formerly strong advocate of the ASEAN+3 purely Asian process, have now been snatched back into US embrace. Chinese editorials on the APEC summit were quick to emphasize this competitive US strategy and to denounce it (or dismiss it).

The APEC summit saw a very direct confrontation between the Chinese trade negotiator and Ron Kirk, the US trade representative. Kirk emphasized that no one was excluded from the TPP, although countries should also work for it. But China is quick to point out the exclusionary nature of the TPP, with provisions that seem designed to exclude China.

Much of the attention just before and at the Hawaii summit actually focused on Japan. Japan was the true target of the TPP enlargement effort at this time. Yet, in the wake of the Fukushima catastrophe and in the face of strong opposition by agricultural and domestic industry lobbies, Japan was extremely reluctant to join. Prime Minister Noda postponed his announcement several times in the face of deep divisions within the ruling Democratic Party of Japan (DPJ). Reformists in Japan see the TPP, not so much as a tool to join a balancing campaign against China, but more as a chance to further deregulate and jolt Japan back into growth. They are also aware that the US puts a lot of importance on the TPP and see the TPP as an opportunity to thank the US for its support in the Fukushima drama and to rebuild the US-Japan alliance after the deep rift over the Okinawa bases. However, this new Japan-US love affair had a rocky start as early as Sunday, November 13 in Hawaii. Facing a US declaration that Japan had committed to join the TPP with a promise to consider all sectors (including agriculture and service), the Japanese side issued a strong denial. The US had to backtrack and downscale the nature of the Japanese commitment. Such mishaps do hurt the relationship.

Will the US balancing game against China with the TPP work? Will it affect the balance of economic power in Asia and slow down the process of integration between the Chinese economy and the rest of East Asia? At the margin, the TPP may encourage some flows of trade and investment between the US and East Asia and will change the mood in places like Japan. But on balance, it is not likely to deeply change the realities on the ground because of two deep realities.

The first sticky reality is that the core of East Asia’s economic dynamism is China. Japan, Korea, Taiwan, Australia and most ASEAN countries grow as they do mainly because they have turned their economy toward China and hooked on the Chinese mainframe. With this reality in mind, East Asian countries may accept to hedge their bets through some agreement with the US, but they are not likely to do so at the expense of their rising integration with China. An East Asian FTA without China cannot be convincing.

The second reality is that East Asian regionalism has much momentum. Even though we don’t see yet a East Asian common market or thick institutional outcomes, the fact is that diplomatic, academic, civil society and business interconnections have soared over the last 5 years. Think tanks, academic circles and policy circles involved in semi-diplomatic (Track 2) talks are hosting a growing number of meetings between East Asian leaders.

In fact, a mere six days after the Honolulu TPP drama, the leaders of China, Japan, and Korea met in Bali (on the sidelines of the ASEAN+3 meeting) and committed to start negotiating a 3-country FTA from 2012!

However, the TPP episode may well herald a new era of deeper strategic competition between the US and China.