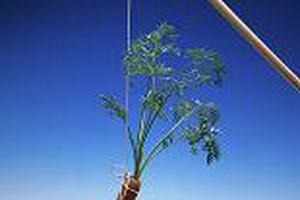 In the 1990s, a number of European countries undertook far-reaching labour market reforms to combat high unemployment. At their heart, these reforms were essentially a “carrot & stick” approach, where the “carrot” consisted of (mandatory) activation measures such as job search assistance, on-the-job training, or subsidized employment, while the “stick” consisted of sanctions on unemployment benefits for failure to comply with job search requirements. Specific sanctions ranged from the short-term discontinuation of benefits to permanent and in some cases substantial benefits reductions. As I read the current evaluation literature especially combinations of “assistance and sanctions” were successful in increasing the exit rate to work.

After a prolonged debate throughout the 1990s, the German government finally followed other European countries in undertaking large-scale labour market reforms between 2003 and 2005. These reforms comprise a comprehensive set of policy measures based on the new principle of “rights & duties”, the German version of the “carrot & stick” approach. First evaluations of these new policy measures indicate that some have been quite successful in increasing the transition rate to work. However, a startling puzzle still remains: in Germany, unlike in other countries, unemployed people seem to be virtually unresponsive to temporary sanctions on their unemployment benefits. For example, a recent study shows that cutting unemployment benefits by 50% in Germany has only little impact on individual re-employment probabilities. Moreover, an evaluation of the effects of benefit sanctions since the current labour market reforms indicates that (temporary) benefit cuts had no significant impact on the reservation wages of unemployed job-seekers – at least not in the short run.

What might be behind this puzzling finding? If we accept the notion that a worker’s reservation wage contains all the relevant information on his search behaviour, we should look more closely at what determines the individual reservation wage. Not surprisingly, the last net wage as a reference level, received unemployment benefits and the level of other household income prove to be empirically relevant determinants in the German case. Another important determinant is the risk attitude of job seekers. This aspect has been widely overlooked in the empirical literature despite the fact that both theoretical models and experimental evidence have shown an inverse relationship between individual risk willingness and the reservation wage: in other words, the more risk-averse a job seeker, the lower his reservation wage ceteris paribus. The underlying intuition is that more risk-averse unemployed job seekers ascribe less value to the expected gains of further job search.

What does this mean from a policy point of view? First, the effectiveness of labour market policy measures appears to depend on the distribution of risk preferences in the target group. This might help to explain why we observe that benefit sanctions work well in some countries but not in others. Second, in countries where we do observe a high degree of risk aversion among the unemployed, the most sensible approach might be to combine activation measures with only mild benefit sanctions. By sustaining the so-called “threat effect” while keeping monitoring costs low, this might actually be effective in bringing the unemployed back to work.