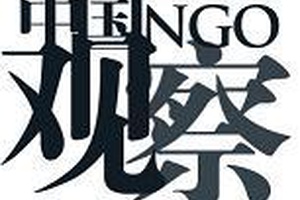 In the wake of the tragic Sichuan earthquake, something big is astir in China. It was not just the earth that shook on this peaceful afternoon of May 12, 2008. Society and political world moved as well. Future historians may well remember this month as a watershed moment. The time has come for us to take note and change course in our understanding of China. This is probably one of the most important tasks in front of us when we map out our future decades. The stakes could not be higher.

On May 12, at 2:28pm, the fault lines that run alongside the mountains of Sichuan roared to life and unleashed one of the worst human disasters in decades. In a mere three minutes, millions of buildings were razed to the ground, several cities were entirely wiped out, and at least 80,000 people died. Mountains literally slid down into the valley, shifting the course of rivers. Entire schools collapsed on hapless students, killing for example over 1000 in one instant in Beichuan middle school. In the large city of Chongqing where we were at the time, over 500 km away, tall buildings swiveled around like jelly in a terrifying dance, but destruction was contained to the minimum.

Yet, in the midst of this huge tragedy, we witnessed an amazing human spirit and unprecedented responses. Consider the following:

The Prime Minister, Wen Jiabao, was on site within hours, sparing no efforts to organize rescue efforts. In the process, he stirred a grassroots wave of affection. A week later, we witnessed a movement among internet-wired youth in hyper-capitalist Shenzhen to send a million SMS of thanks to the Prime Minister.

The government gave unprecedented access to foreign media and welcome foreign aid and rescue teams within days. Following years of Sino-Japanese tensions, it is refreshing to see Japanese rescue teams on the ground in Sichuan deploying their know-how to find survivors in the ruble alongside the Chinese army. Following a further Chinese request, Japan is currently preparing to send equipment with a military aircraft, the first Japanese military flight in China since 1945!

Even more impressively, the earthquake has triggered two unprecedented human waves in China. The first one is a wave of donations and generous gifts. For the first time, literally millions of people have lined up to donate money in all major cities of China. Artists and show-biz grandees have been on the forefront as well. For the first time, people have become aware of the recent wealth of the nation and of the power that this private wealth can wield. Citizens have also become involved in reporting and publicizing through SMS and other means cases of corruption or misuse of gifts by occasional profiteers. Given the wave of public sentiment and solidarity that has arisen, profiteering and corruption are likely to be harshly combated this time.

The other human wave is one that has seen hundreds of grassroots civil society groups, ecological NGOs, religious groups (including some from Hong Kong) and professional associations flock to Sichuan in a spontaneous way and work alongside the People's Liberation Army and government teams to help the victims. It is estimated that 200,000 of such volunteers are operating in Sichuan now. These civil society groups have become active in psychological counseling or reconstruction. The government has essentially decided to tolerate these independent groups, unleashing in the process an unprecedented process of de facto state-civil society cooperation.

These events should open our eyes. China is in the midst of great change. While still a one-party dictatorship that responds harshly to any perceived threat to its national integrity, China has undergone a deep social transformation and gradual political evolution over the last decade. Its mode of governance increasingly leaves wide policy space to burgeoning grassroots organizations in non-security issue areas. In the fields of environmental or biosafety governance, organizations like Greenpeace have gained significant influence and the government relies on such organizations to provide information and monitor the situation. Our own research has uncovered growing evidence of representation and integration of public voice, even if formal institutions are not in place. Independent academics, often connected to the international system, have gained increasing ability to shape public discourse and policy-making.

So, yes, the repression in Tibet shook the world. Yet, it must be recognized that unlike in past decades, the government initially tried to respond to the uprising without using force and shifted to repression once it became overwhelmed by riots. The ensuing reporting in the Western media proved simplistic and ill-informed, provoking a backlash among Chinese youth in China, but even in Canada, Korea, or Europe. In a rare event, public opinion rallied around the Chinese government, not just in mainland China, but also in Hong-Kong, and among Chinese Canadians or Chinese Americans, including former pro-democracy Tian An Men activists.

Such a gulf of opinion between Western public and Chinese public serves no one and only serves to reinforce nationalism and authoritarianism in China. Chinese public opinion filters events through a historical framework. Western moralizing triggers imperialistic memories and is seen as an effort to stop China from regaining its historical position of preeminence. Yet, the room for more informal feedback and transfer of best practices in anything from environmental management to minority relations is much greater than often realized. There is no need to waste this opportunity through public grand-standing.

As China rises to global prominence, a more dispassionate and pragmatic look at the changes occurring within China and a better understanding of Chinese public opinion may well be the wisest course of action for us. Let it be known: in the wake of the Sichuan earthquake, unprecedented opportunities to engage Chinese society do exist. There is more space within Chinese governance for civil society, academics, individual citizens, and other channels than is often assumed.