Not another Bretton Woods edit 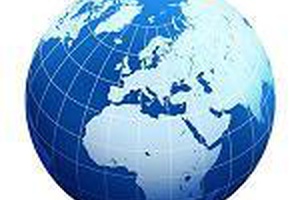 The Washington meeting of the Heads of State to take place shortly reflects recognition of the need for international cooperation in the regulation of financial institutions and markets. There has been international cooperation in recent months, mainly among the major central banks, notably the coordinated interest-rate cuts that took place recently, and the provision of dollar financing by the Federal Reserve to the European Central Bank, which needed dollars to relend to European banks that could not obtain them commercially.

There has been cooperation in the past, mainly with regard to bank supervision. Basel 2, the new international standard for bank supervision, was developed by the Financial Stability Forum, comprising central banks and other regulatory institutions, together with the Bank for International Settlements.

I fear, however, that the convening of the Washington summit will raise unreasonable expectations and may adopt the wrong strategy.

Financial institutions operate internationally, and participants in financial markets respond collectively to the instantaneous transmission of news about financial developments in other major countries. It is thus necessary for financial regulators to adopt common standards, such as Basel 2, for implementation at the national level, not only to protect the integrity of the international financial system but also to prevent individual governments from giving their own financial institutions a competitive advantage by adopting less rigorous standards.

Yet the organization of financial supervision differs greatly across countries, and typically involves a number of agencies. Nowhere is that more true than in the United States, where three institutions, are directly involved in supervising banks - the Federal Reserve System operating through its 12 Federal Reserve Banks, the Office of the Comptroller of the Currency, and the Federal Deposit Insurance Corporation - while the regulation of the securities industry is divided between the Securities and Exchange Commission and the Commodity Futures Trading Commission, and the insurance industry is supervised by the 50 state governments. And this does not exhaust the list.

In Britain, responsibility is shared between the Bank of England, and the Financial Services Authority, and flaws in that arrangement were revealed dramatically in the run-up to the collapse of Northern Rock.

I am also concerned by the suggestion, originating, I believe, with Gordon Brown, that a new Bretton Woods Conference should be convened to overhaul the prudential supervision of the international financial system. The analogy is far from apt. The Bretton Woods Conference of 1944, which created the International Monetary Fund and World Bank, involved only a handful of countries, and two of the major economic powers today, Germany and Japan, did not participate, as we were still at war with them. Today, the IMF has 185 member countries.

The Bretton Woods analogy is worrisome for another reason. It appears to imply that the International Monetary Fund should have a major role in the design and conduct of international financial supervision. The IMF does have a department devoted to monetary and financial markets. It is headed by Jaime Caruana, formerly Governor of the Bank of Spain and chairman of the Basel Committee on Banking Supervision, and it publishes an semiannual Global Financial Stability Report, which is widely regarded as one of the best such publications. Yet it might not be wise to entrust the IMF with responsibility for overseeing the international financial system and the implementation of new international rules that might be agreed to regulate that system. We have only to look at the way the IMF is governed.

The Fund's main decision-making body, the Executive Board, has only 24 members, of which eight represent individual countries such as the United State, and the rest represent multi-country constituencies. Although some Executive Directors come from national central banks, they typically report to their countries' Finance Ministers. That is true of the US Executive Director, who meets frequently with senior Treasury officials for guidance on US policy regarding matters pending in the IMF. The Fund is apt to provide financial assistance to several countries hit hard by the global financial crisis, after several years in which it had few clients. Yet it is not well structured nor well staffed to oversee the implementation of reforms to prudential supervision that may emerge from the process that will presumably be launched by the forthcoming Washington meeting. There may be need for a new institution, with a membership larger and mandate more formal than that of the BIS or the Financial Stability Forum, but smaller than that of the Fund, and a staff that is experienced in prudential supervision.