Where is the end of the EU-rope? edit 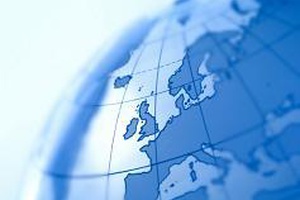 Formal criteria don’t define the limits of Europe; they only delay the membership of determined applicants. The true limit is the EU’s capacity to absorb newcomers. Eastern enlargement challenged this capacity, but the forthcoming institutional reforms that allow the EU27 to function will – quite inadvertently – make it easier to enlarge the EU further. EU42 anyone?
If imitation is the highest form of flattery, the founders of the European Union should be thrilled. Ever since “The Six” formed their club in 1958, European countries have been knocking on the door. Britain, Ireland, Denmark and Norway asked to join in 1961. They were twice rebuffed by Charles de Gaulle’s famous ‘non’ but after he left power, the club has admitted new members regularly – six enlargements in the last 34 years – three in the past decade and a half.

Where does it all stop? The Council of Europe – the organisation that drafted the European Convention on Human Rights in 1950 – now has 47 members, so the EU27 is a long way from the geographical terminus of the enlargement route.

The EU has formal and informal determinants of who can join but I shall argue that these don’t matter much. The 1994 North-eastern enlargement, and the 2004 and 2007 Eastern enlargements radically changed the size and diversity of the EU. It will take at least another decade to digest the EU’s newcomers. But whatever changes the EU undertakes to ensure that it can continue to function with 27 members will – quite inadvertently – make it easier to enlarge the EU further.

Enlargement decisions were quite ad hoc until EU leaders laid down the three Copenhagen Criteria in 1994. The first requires that a future member have institutions that guarantee democracy, the rule of law, human rights, and respect for and protection of minorities. The second requires a functioning market economy. The last requires acceptance of existing EU obligations including adherence to the aims of political, economic and monetary union. These three were added to the Treaty of Rome’s mention that applicants must be European nations (Art. 237).

These rules serve to delay the membership of a nation rather than prevent it, so they don’t help define the limits of Europe. If a nation really wants to join, it can reform itself to match the criteria. The hardest rule is the geographical criteria but this has turned into one of those “I know it when I see it” rules. Cyprus, for example, is closer to Syria than Paris is to London, but it is considered European for historical and cultural reasons. As is often the case the EU, it is not the formal rules that matter most.

The biggest brake on enlargement lies in what euro-jargon calls “the EU’s capacity to absorb.” In plain language this means the difficulty that incumbents have in dealing with more members. This is a criterion that applies to the EU, not the potential member. At least since the 1986 Iberian enlargement, this has been a dominant concern – the only real hindrance to enlargement.

So, the main brake on the EU’s enlargement is ability of the EU to accept newcomers. The key determinate of the EU’s ultimate size, therefore, is the flexibility, adaptability and efficiency of EU institutions and policies. Here a couple of points are worth flagging.

Until the Maastricht Treaty, there was always a presumption that EU integration was a monolith. If the EU decided upon a policy, every member had to adopt it. Delays and limited derogations where always negotiated, but everyone was heading to the same final destination. At least in principle that destination was ‘an ever closer union.” Maastricht, however, changed all that. For the first time, one member state (no prize for guessing which one), was granted a formal opt-out. Britain could keep sterling forever. Since this first formal opt-out, the EU has cultivated a number of explicit ways in which ‘clubs with the club’ can be formed. These clubs, so-called Enhanced Co-operations, were put in the EU legal system as a way of addressing the growing diversity – especially the diversity with respect to the goal of an ever closer union. For the purposes of my argument, the main point is that the possibility of Enhanced co-operations expands the EU’s capacity to absorb new members.

The second major change, which is not yet law, concerns the EU decision making procedures. From the Treaty of Rome to the Treaty of Nice, the EU’s main decision making body has worked on the principle of weighted voting. Weighted voting, however, just cannot work in general. An early tract on the matter by the brilliant professor of law, John Banzhaf, is title: “Weighted Voting Does not Work: A Mathematical Analysis.” By dumb luck, the exact number and size of nations that joined the EU allowed the weighted voting scheme to continue to function more or less unaltered. The Eastern enlargement changed all that. The Treaty of Nice was a botched attempt to fix the decision making rules (unfortunately these are the ones that in force today), but EU leaders recognised their folly by agreeing to reform the Nice rules in the Constitutional Treaty. Under the new system, called a double majority, passing a law requires ‘yes’ votes from X% of the nations representing Y% of the population (in the Constitutional Treaty X=55% and Y=65%). We all know the fate of the Constitution, but EU leaders seem determined to adopt the double majority rule in a stripped down Treaty. If they do, the decision-making brake on enlargement is removed.

One of the nice features of this double majority system is that the ease-of-decision-making does not decline very rapidly with the number of nations casting a vote (as long as X and Y are not too far from 50%). Indeed if both the majority thresholds were 50%, then enlargement would have no impact on decision-making efficiency. This, of course, is why almost all national bicameral legislatures have the 50-50 rule for most laws and stricter thresholds only for big things, like changes to their constitution.

This line of reasoning leads to one clear conclusion. The reforms that EU leaders adopt to ensure that the EU can continue to function effectively and legitimacy with 27 members will make it easier to enlarge the EU further. I would predict the EU36 in 10-15 years time. And after that, the changes necessary to make the EU36 work efficiently would make it easier to go even further. Turkey is considered European since it has an enclave on the western side of the Bosporus; why can’t Morocco be considered European since Spain has an enclave in North Africa?