When Ukraine meets with China edit 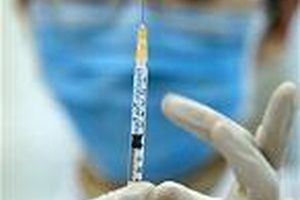 No wonder that Ukraine remains a country profoundly torn between a pro-West and a pro-East vector, i.e. EU and Russia. Beyond this oft-described black-and-white opposition, the striking geopolitical reality for the coming years may not be the swing toward one or the other pole, but rather the arrival of China as a central player in the EU neighbourhood.

After a tough presidential campaign, the newly-elected President Viktor Yanukovych will face some major dilemmas in the very near future, since his short victory over Timoshenko allows him little room for manoeuvre politically. Moreover, the Ukrainian economy has experienced a 15% GDP collapse in 2009, the steepest decline since 1994. The public financial sector is in disarray, as the hryvnia has lost two-fifths of its value against the dollar since the beginning of September 2008. The Ukrainian government debt is the third most expensive to insure in the world, based on credit default swap prices. The global financial crisis undeniably cut demand for Ukraine’s exports such as steel and chemicals and dried up foreign investments.

Ukrainian electors have no desire for their country to again become a battlefield for great geopolitical narratives (be they American, Russian or European), but rather to recover economically. To accomplish this objective, the political leadership badly needs the implication of strategic partners in order to stabilize the current situation. Yet, the Ukrainian’s political and economic conundrum is a headache for its traditional partners. The IMF has been suspending its next payment of a $16.4 billion loan since November, waiting for spending cuts, the reduction of energy subsidies and a consolidated banking industry – tasks difficult to achieve for Yanukovych without a majority of his own in the Parliament. Russia, arguably satisfied with Yushchenko’s demise and the arrival of Yanukovych, has also largely suffered from the global economic crisis (a GDP decrease of 8%). In addition, the economic relations between the two countries have profoundly changed over the last few years, as Ukraine can no longer expect large energy subsidies from Russia. The EU is increasingly active in its neighbourhood, with Ukraine as a central piece in the game. One of the key features of the ‘Eastern Partnership’ – its Eastern policy – namely the negotiation of a ‘deep and comprehensive free trade agreement’, will remain high on the Ukrainian agenda in the coming months. However, the EU seems itself to be running out of money: as it cannot support Greece, Romania, Bulgaria, Latvia or Lithuania, all in very difficult financial situations, it will not be eager to get involved in Ukraine, a country of 46 million inhabitants.

Therefore, the Ukrainian leadership will have to diversify its partners, with China coming naturally to mind. In this perspective, the Moldovan precedent of mid 2009 is particularly enlightening in order to understand the current dynamics. This tiny country, landlocked between Ukraine and Romania, was proposed a $1 billion loan by China, a considerable amount of money for an economy of around $8 billion. The funds will be channelled through Covec (China Overseas Engineering Group Co.), China’s major construction firm, as project exports in fields such as energy modernization, water systems, treatment plants, agriculture and high-tech industries. The size of the loan has indeed a geopolitical meaning. It is probably different in essence from what we have witnessed in other former Soviet Republics, where raw materials have been a key feature. The opening in December 2009 of a large pipeline between Turkmenistan and China, which will carry gas from eastern Turkmenistan through Uzbekistan and Kazakhstan into China’s north-western Xinjiang region, is a case in point. Similar behaviours have been previously observed in Africa and Latin America, where Beijing is accused of greedily seeking raw materials – petroleum, cobalt, platinum, timber, diamonds, etc. Yet, Moldova remains a desperately poor country, currently politically unstable since the thorny elections of April 2009: the Chinese rationale is not about exploiting resources, but exporting know-how in terms of low-cost infrastructures.

Considering the huge need for financial resources in Ukraine, and the lack of support (or limited means) of traditional partners, the rise of China should come as no surprise. The two countries have already enjoyed a boom in bilateral trade since 2008, and this trend will undoubtedly be amplified. For many years, several thousands of Chinese students have been coming to Ukraine to complete their education. Moreover, whereas the EU offers little money against a strong conditionality, China is not very demanding in terms of human rights, environmental and social norms – except in the case of the non-recognition of Taiwan. Several steps have already been taken for a ‘rapprochement’ between the two countries. At the end of October 2009, Prime Minister Timoshenko met in Kiev with Zhang Dejiang, a Chinese vice-Premier and prominent leader of the politburo of the Chinese Communist Party. Ukrainian experts themselves think that the relationships between Ukraine and China will grow under Yanukovych. Vladimir Seminozhenko, in a recent interview with Xinhua, declared that “the foreign policy of Ukraine led by Yanukovych will move from his predecessor’s unilateralism to a policy of maximum cooperation and good relations with the leading countries in the world, including China”. Cooperation is expected to gain prominence in a variety of fields – industry, science and technology, trade and culture. In the nuclear domain, China Guangdong Nuclear Power Corp (CGNPC) and Ukrainian National Nuclear Energy Generating Corporation, Energoatom, two major companies, have already signed a memorandum of understanding. More amazingly, in early February, a Ukrainian literature magazine published the first Ukrainian-language Chinese literature special.

The rising importance of China in Ukraine will not go without economic and political effects. In the end, it might consolidate a system in which economic lobbies, the so-called ‘clans’, play a central role in the determination of national political life, although the oligarchs are widely despised by the population. The absence of conditionality is not neutral, since it contributes to make the political and economic elites less accountable, and make them less desirous to launch a series of reforms which may contravene to their own interests. Surely, the funding of infrastructure is everything but illegitimate, and can even be shown to be efficient. However, Chinese presence has mixed results in Africa, where the diversification of partners and the easier access to funding have been counterbalanced by environmental and social costs, or even tensions between local populations and the Chinese workforce employed in Africa.

The entrance of China in the Ukrainian political game might signify the end of the Russian project of an exclusive sphere of interests in the post-Soviet area, as it may also hinder the efficiency of a European policy based on conditionality in its neighbourhood. The key question in Kiev, however, deals rather with the way to adapt to this new dynamics.

A Ukrainian version of this article has been published here and you can read a Russian version here.