Treaty of Rome: the bud that unfolded into the European Union edit 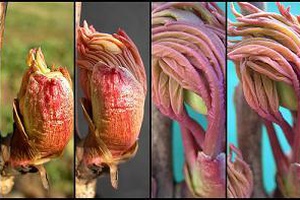 The EU started life in circumstances that are almost unimaginable in today’s world. These irreproducible circumstances led to the creation of supranational institutions and rules – the 1957 Treaty of Rome – that are central to almost all of the EU’s difficulties as well as much of its strength. It also accounts for the fact that European integration has rarely stalled or been reversed.

The Treaty committed members to a level of economic and political integration that would be unacceptable to most nations in today’s world. Indeed, if EU members could redesign the Union from scratch, I suspect that all but a handful the current EU members would choose a shallower level of supranationality. In this sense, there was nothing inevitable about the European Union; it might never have happened without the Treaty. In my view, the Treaty of Rome is best thought of as the bud whose leaves unfolded over 50 years into today’s European Union. This essay reflects on the process that led Europeans to embrace a document as radical as the Treaty of Rome as well as on the forces that lead them to implement and even extend its sweeping integration plans.

In 1945, a man standing almost anywhere in Europe found himself in a nation which was, or had recently been ruled by a brutal fascist dictator, occupied by a foreign army, or both. Such a man could not help but doubt his nation’s ability to govern. Tens of millions of Europeans were dead. Hundreds of millions of the survivors were homeless, hungry or jobless. Europe’s economy lay in ruins. Worse still, WWII was not freak of history. It came just two decades after the carnage of WWI.

In 1945, it was plain to all that something was desperately wrong with the way Europe governed itself. European citizens were open to radical changes. One line of thinking – the one that eventually led to the EU – suggested that supranational European integration was the solution. In this scheme, the loss of national sovereignty involved in European integration was a plus – indeed it was the main purpose of the exercise. The Treaty of Rome cannot be fully understood without reference to the radical goals that the post-war architects of the Europe had in mind when they wrote it. Its various elements of economics integration were not subject to individual cost-benefit calculations. The idea was to fuse the six national economies into a unified economic area and thus launch a gradual drawing together of the Six into an ever closer union with ‘la finalité politique’ as the end point.

This can be seen in the way the Treaty of Rome came about. The event that triggered the critical first step came in 1955. To counter the Soviet’s perceived threat, Germany joined Western Europe’s main defence organization (NATO) and regained its national sovereignty. To ensure that another Franco-German war remained unthinkable, the Six turned their minds to deeper integration. The economic road was not their first thought, but having failed to move directly to political or military integration via the ill-fated European Defence Community and European Political Community, the natural way forward was broad economic integration. Foreign ministers of the Six met in 1955 to start a process.

Much of the Treaty’s contents can be viewed as a ‘race to the top.’ The Six immediately agreed that all tariffs and quotas would have to be eliminated and a customs union implemented. The fear, however, was that various governments would offset the trade liberalisation with subtle schemes (many of which had been employed in the 1920s and 30s). This fear resulted in an insistence that virtually every avenue of distorting free competition be ruled out – state aids, competition, product regulation, government monopolies, the transport system, exchange rates, etc. Since the Founders knew that the Treaty could not possibly foresee all future distortions, they created the independent European Commission and gave it powers to ensure ongoing surveillance and enforcement of the internal market. They also recommended that an independent judiciary be set up to interpret the Treaty and settle disputes.

However by the time the EEC was up and running, the founders’ radical goals seemed slightly anachronistic. The Axis-Allied confrontation had been completely replaced by an East-West confrontation – the old friends were enemies and the old enemies were friends. The rosy economic situation also played an important role. The Six had managed to get their economies back on track, and were experiencing growth that would attract the envy of many 21st century East Asians. Most importantly, many European had regained confidence in their government’s ability to govern given the spectacular way Europe had risen economically and politically from its end-of-war devastation. In short, the loss of national sovereignty implied by European integration began to look more like a minus than a plus, more like a necessary evil than a goal in itself. Yet, as Europeans found out of in the subsequent decades and continue to find out today, the level of economic integration promised in the Treaty of Rome is not possible without deep political integration. In short, the founders’ idea of using economics as a Trojan horse for political integration worked like a charm.

Resistance and the new motive for supranational integration

From the time of Charles de Gaulle’s Empty Chair crisis right up to today’s disputes over tariff cuts in the Doha Round, the supranational mechanisms established in the Treaty have been repeatedly resisted by national leaders. Yet despite this, deeper economic and political integration has preceded. The driving force behind this success is quite different than the one envisaged by the EU’s founders. The writers of the Treaty of Rome sought to embed European nation-states in a supranational organisation as a means of putting an end to the nation-state rival that had plagued Europe since 1648 Peace of Westphalia. Since Europeans had largely re-gained confidence in their governments by the time the Treaty swung into action, very different integration forces were engaged. For years, fear of the Soviet Union promoted integration. It is unlikely that people as bitter as the victims of Nazism could ever have joined with Germany had it not been for the external threat of Soviet territorial expansion (it also helped that French and British troops occupied parts of Germany for 10 years). But, the deeper, lower-frequency force driving European integration is and always has been globalisation – the need of national governments to raise the level of governance in the face of their eroding ability to control events inside their borders via national policies alone. In area after area – starting from international trade but now reaching into the common currency, judicial cooperation, police matters and the VAT – Europe’s national politicians have found that crafting policies at the Continental level is often the best way (and sometimes the only way) to govern their nations.

What does all this mean? First, European integration is here to stay and it almost surely will continue to deepen. Even if most EU citizens, especially those in the new member states, have little faith in the founders’ dreams of ‘la finalité politique,’ globalisation will induce them to support deeper integration. Second, governments around that world will continue to find that Europe’s reaction to globalisation is the only sustainable one. It is unlikely that other Treaties of Rome will be signed elsewhere, but nations are increasingly realising that they can only control their own destiny by binding themselves to international cooperation.