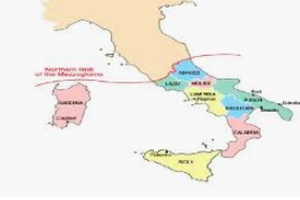 At this stage of the Covid-19 crisis, there is a purpose on the table (among others) to use ordinary European Funds for emergency, without constraints. This is the opportunity to focalize the attention of public opinion in terms of the resources that Europe gives to Southern Italian regions, in particular, due to the fact that they are unable to spend. This reality is particularly sad if we consider that there is no economic and social convergence between southern regions and the EU average. On the contrary, some aspect of this economic divide was exacerbated during the last crisis. So, the question is why are these regions that need supplementary resources not able to spend the available amount of European funds?

From the structuring of European funds, community programming is based on two pillars: co-financing and repayment of excess amounts. The reason for these two criteria is obvious. On the one hand, the local government undertakes to participate in investment spending, encouraging them to select those of greater importance for the territory. Second, it tends to empower the decentralized decision-maker who must be subjected to the risk of losing the funds which should push him to spend effectively and quickly.

But what happens if such a model is applied indiscriminately to fragmented and inefficient institutional contexts? At the institutional level (following some reforms), Italy delegated the planning and use of European funds to the Regions and, therefore, decentralized planning and administrative management.

From a financial point of view, the regions must submit to the Internal Stability Pact, and have spending constraints which are progressively more stringent if the region in question has a negative financial balance. For example, the management of the health sector in Calabria, crucial at the time of Covid-19, is managed by a government commissioner precisely for financial distress.

The Central States cannot meet the financial needs of the Regions, as the Budget Balance has been introduced in the Constitution and, in any case, the amount of the budget deficit is under the close and constant attention of the Community bodies due to the constraints of the Stability and Growth Pact. This is even more true if we observe the steady decrease in infrastructure investments made by the Central Government over the past 30 years.

The Southern regions are in turn at the bottom of the European rankings for bureaucratic efficiency and the first for permeability to corruption.

At this point, the Southern Italian regions -- needing to invest to reduce the economic gap with other regions -- tend to commit the available funds to the maximum, the spending commitment relative to the 2014-2020 program, reaching 72% of available resources. But were these resources actually spent? The answer is no, because in the face to attempt to employ them, the other acts necessary to complete their expenditure (which stopped at 18%) did not follow.

First, the regions have failed to co-finance them. As regions with few resources, they have had to use them from time to time for current expenditure rather than committing them for investment.

Second, the times of the regional bureaucracy have proved incompatible with those set by the European Union so much, that attempting to reform the Union has extended the timeframe by a year beyond the end of the intervention to use the funds (from year t + 2 to year t + 3).

The result is that most of the funds destined for the Southern regions, dispersed in a variety of design lines, end up not being spent and go back to being invested by those who manage to have greater design and application efficiency.

Not all areas lagging in development have the same difficulties, and the institutional set-up does not seem to be decisive.

Poland uses and spends proportions of European funds in percentage, and its spending structure is centralized. But also Spain, up to the institutional political crisis resulting from the referendum for the independence of Catalonia, had used these funds more effectively, despite having a decentralized structure similar to the Italian one.

Therefore, the difficulties of using European funds in the Southern Italian regions are due to problems of specific inefficiency and incompatibility between European rules and the specificities of these regions.

It seems that the entire mechanism does not work. The funds that are requested and not spent, go back. In addition, the regions remain at the bottom of all the European rankings, and in the subsequent programs they are again the subjects that must request the funds again in a bulimic production of projects that have no concrete long-term effects.

And if the inability to spend has internal causes, the sanctioning principle of returning the funds has not been a deterrent.

It appears that the regions are unable to manage the process on their own. And political representatives do not take responsibility in fear of losing consensus, which results in their asking the state for more resources. In some cases, they complain about the absence of the EU.

The coronavirus emergency and the need to find resources quickly turns on a beacon of the number of unspent funds. The proposal, in this case, is to remove some constraints present and spend them quickly. The same principle could guide a permanent reform of the use of "unspent" funds. A European body could support the regions and channel unused resources to the same regions by selecting projects that can also be monitored from the outside. Some Southern regions are suffering from a chronic infrastructure delay, and many essential public works are not completed. Furthermore, from technological infrastructures, the gap between Southern Italy and the average EU is vast and constant over time.

The European management of large infrastructure projects should also limit the risks of criminal infiltration. It would be tolerable by local politics, as it would have enough level of complementarity with the interventions implemented with its own funds. Direct management would not require co-financing. And because it already has allocated funds, it would not have the time constraint and repayment obligations.

The European Union could thus return to being concretely visible, even in areas where it has often shone its absence, such as in the migration management phase.

Cerqua and Pellegrini (2018). Are we spending too much to grow? The case of Structural Funds. Journal of Regional Science 2018

Rodríguez-Pose, A., & Garcilazo, E. (2015). Quality of government and the returns of investment: Examining the impact of cohesion expenditure in European regions. Regional Studies, 49(8), 1274-1290.

Senate of Republic (2018) Evaluation Document, The Impact of Cohesion Policies in Europe and Italy.