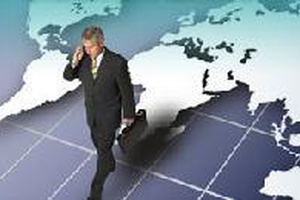 Sovereign wealth funds (SWFs) are not a new phenomenon. With its Caisse des Dépots et Consignations, France essentially set up a SWF in 1816! But SWFs have recently grown both in number and size, and now exceed the combined assets of hedge funds and private equity. The rapid growth in SWFs is closely linked to the prevailing global macroeconomic imbalances, and that means that SWFs will be around for some time to come. Even under the assumption that global imbalances unwind over the next ten years and commodity and oil prices revert to long-term averages, SWFs will continue to deploy substantial financial assets in the global market place.

The rise in SWFs has undoubtedly brought a number of benefits. One of these has recently become particularly evident. Against the backdrop of the current market turmoil, SWFs have been a welcome source of capital, strengthening the vulnerable balance sheets of some of the world’s largest financial institutions. But SWFs have also given rise to considerable political controversy, as their rapid rise challenges some long-held assumptions about how the global economy works.

Let me describe what I view to be the most important of these challenges. First, since the early 1980s, we have witnessed broad-based and sustained political momentum to deregulate and liberalise economic structures, enhance the role of market forces and attempt to reduce the role of governments in the global economy. In this context, the sizeable state-sponsored foreign investments increasingly being carried out by SWFs in mature economies can be perceived as a challenge to free market forces. Moreover, such investments run the risk of triggering protectionist reactions in the recipient countries.

Second, one of the basic premises of open global capital markets is the idea that capital flows freely worldwide in search of investment opportunities that yield optimal risk-adjusted rates of return. The fact that large and government-controlled investment companies make substantial foreign investments in privately owned companies raises concerns about the validity of this hypothesis. Specifically, could a government be tempted to use its SWF as a financial instrument in pursuit of a particular political objective? The mere fact that such questions arise could serve as a trigger for protectionist policies in recipient countries, thus again undermining the proper functioning of free markets.

Third, as a general rule, capital has historically tended to flow from the core of an economic system to its periphery. But recently, global capital flows from the periphery to the core are clearly on the rise. SWFs play a potentially important role in what appears to be a reversal of global capital flows. The sense that capital is increasingly flowing from the periphery to the core is raising a variety of political sensitivities in the core countries. I fear that many of these sensitivities will likely be protectionist in nature.

In my view, the single most important challenge associated with the rise of SWFs is therefore to ensure that the policy reactions in the recipient countries of potential and actual SWF investments do not degenerate into what ultimately amounts to financial protectionism.

How should policy respond to the challenge of SWFs? Proposals and actual policy initiatives have varied widely, from calls for increased transparency of actual investment positions of SWFs to calls for reciprocity of market access to be applied. But there is now considerable political momentum behind the idea of a voluntary code of conduct or a set of guidelines for SWFs. The effort by the authorities of the largest industrialized countries and the leading SWFs to jointly develop such guidelines is timely and clearly sensible. There is a risk, however, that the efforts will prove counterproductive if the demands from the industrialized countries are too ambitious, or driven by protectionist motives.

In my view, a future code of conduct or a set of guidelines must cover two central issues if they are to be effective. First, to quell the concerns of recipient countries with respect to politically motivated investments, a code of conduct must contain governance prescriptions that ensure that SWFs are not driven by political objectives. The institutional design of modern central banking may offer some clues as to the appropriate form of such prescriptions. Central banks and SWFs obviously pursue fundamentally different objectives, but share the risk of being hijacked by governments for political aims. In the case of central banks, this problem has been successfully addressed by the adoption of an institutional design based on two powerful features. Central banks have a clear mandate, and have generally been given statutory independence from governments in pursuing their mandate.

Second, to preclude a resurgence of state ownership in our economies, and to alleviate fears about excessive meddling of governments in private companies, SWF guidelines need to spell out upper limits to individual investment stakes in foreign private companies. Such limits should be set significantly below the typical threshold of a controlling minority, let alone an absolute majority.

As long as a recipient country can be confident that a particular SWF operates in accordance with these two guidelines, there is no reason to demand intricate levels of portfolio transparency from SWFs. Transparency is unlikely to solve the problems I have tried to outline here. Indeed, I fear that, in some cases, extensive transparency requirements for SWF portfolios could actually end up triggering protectionist reactions in mature markets. There is, of course, a host of other reasons why more transparency makes sense for sovereign wealth funds. Accountability is clearly one of them. Incidentally, the history of central banking suggests that the more independent a central bank becomes in pursuing its stated mandate, the clearer becomes its institutional obligation to be accountable and thus transparent. The same may turn out to be true for sovereign wealth funds.

There are a number of difficult questions that need to be addressed before a set of SWF guidelines can become operational. What do we mean by a non-political investment mandate? How do we gauge to what extent there might or might not be political interference in the pursuit of such a mandate? Will there be a need for a referee to determine whether a SWF complies with a particular set of guidelines? What happens if a SWF initially signs up to a code of conduct but subsequently fails to comply with its guidelines? As you can see, much work remains to be done and the timeframe is tight. Ideally, a first set of guidelines will be agreed upon jointly between the G7 countries and the most prominent SWFs by the 2008 spring meetings of the IMF and the World Bank. If well designed and agreed upon, such a set of guidelines could serve as a basis for determining which SWFs will continue to enjoy full market access in mature economies.

This is an excerpt from a speech entitled "The Challenge of Sovereign Wealth Funds" given by the author at the International Centre for Monetary and Baning Studies in Geneva on January 18, 2007. I am grateful to Benoit Coeuré of the French Treasury for this comment (see Coeuré, 2007).