Living without Lives. Experience and Memory in the Internet Age edit 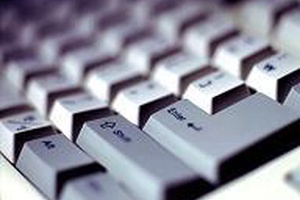 Personal identity has been a recurrent theme in social theory and the arts over the last few decades. The theme has figured frequently even in the ephemeral discourses that populate the mass media. There certainly are good reasons for such a state of affairs. In some fundamental ways that reach back to the core principles of modern society, individuals have been fashioned as to be able to shape their lives. The contrast is to tradition and the strong communal ties it has sustained. Liberated from the irrevocable bonds to class and kinship that characterized pre-modern social formations, modern individuals, Agnes Heller claims, became over the course of modernity progressively self-made. At the same time, these same processes of freedom and self-determination progressively weakened the social references against which individuals used to recognize themselves. The attenuated links to community, neighbourhood and family and the shifting and often relentless demands of professional life produced in the end an opaque sense of the self and an unsure, if not precarious, individuality. The theme is well known, even though its remedies remain both unclear and uncertain.

This ‘light’ and fragmented living has been given a new push, I think, by the cognitive and communicative habits that have diffused as the outcome of the growing involvement of information devices and the internet in social life. The implications these developments may have on the ability of people to construct a recognizable or legible life trajectory are not well understood. In ways that bear to mind older historical analogies, these developments have frequently been hailed as implying the liberation of individuals from the enslaving bonds of institutions and the ability of contemporary people to purse a variety of personal and communal objectives that have not been possible before in the world of ‘organized’ modernity and the tall institutional walls it has raised. Wikipedia stands as the epitome, but there are plenty of other examples ranging from the frivolous YouTube, Facebook or Flickr to the production of free and highly sophisticated (e.g. Linux) software. In the discourse that celebrates these developments, contemporary people are upgraded from passive consumers characteristic of the mass media era to active citizens able to shape contemporary culture through the massive public involvement afforded by the internet and the computational devices with which it is associated. These themes are specifically attractive in the northern part of the American continent but they are not alien to European authors as the writings (certainly sophisticated) of Pierre Lévy indicate.

I think there is much to these arguments and I do not want to deny their validity nor the positive prospects the relevant developments may carry for individuals and online communities. But pervasive social and technological projects such as those associated with the diffusion of the internet and the computational devices that tend to render digital information the key stuff of life are seldom univocal in their implications. Here are some caveats to the reconfiguration of experience which online living produces.

A conspicuous implication of the diffusion of the internet and the computational devices that populate contemporary living is the substantial proliferation of the contexts into which individuals are immersed almost daily, such as online news, blogs, e-mails, online shopping, not to mention Google, Facebook and the other social networks. An inevitable outcome of such a proliferation of contexts is the inescapable fleeting associations and the short duration of the events that occur within each of them. The weakening of the impressions they generate is inevitable and has far reaching and ramifying behavioural implications. Some of these issues have indeed been observed and there is scholarship that shows the corrosive effects such a fragmentation may have on the cognitive style of individuals and the ways they read, observe and reason. Less well understood are the wider effects of this expanding and fragmented present, lived online, that disperses human existence, crowds out social memory and clouds the imagination of the future (see the works of Albert Borgmann).

The characteristic profile of these developments is better appreciated against the background of the shifting nature of the very means (as distinct from the target of our online engagement and attention) through which online living and communication are pursued. I do not simply mean that we frequently change computers and gadgets but that the very platform (applications, information sources and files) we rely on to act on other online or digital information and communicate with others is constantly shifting. I have serious difficulties, and I guess most people have, in keeping track of where I have the ‘digital traces’ of my life; that is, writings for different audiences, courses, photos, e-mails, articles of others and e-books, and the like. As the tree like structure that once served me to identify their digital place and sustained an active link with my memory gets blurred and weakened, I am forced to rely on the search devices of my machines. But such a reliance on the algorithmic potency of the machine transforms the active memory of the past and its distinctions to an undifferentiated melange that loses much of its grasp upon the present. The orientation and meaningfulness which memory confers to life are thus becoming attenuated and a continuously expanding present, ambiguous and without clear boundaries, imperceptibly installs itself at the heart of daily living. The problem is more widespread than it may seem at first glance and my collaborators and I have coined the term ‘digital objects’ to refer to these constantly mutating cognitive carriers on which our online living is increasingly dependent. There should be no doubt that the offline implications of these developments are far-reaching. For good or bad, human life is such that effects created in one region can seldom stay insulated within that region and, sooner or later, migrate to others.

To my knowledge, not much has been written either on the crucial question as to what all this information that circulates in the cyberspace stands for and what relevance it may have for individuals. Of course, many people raise the issue whether or to which degree can or should rely on information available online. But even if this information is to be relied upon, there is still the cardinal issue of its relationship to real life, its life purchase, as it were. There are many intricate philosophical, semiotic and existential issues compounded here, some of which have perceptively been analyzed by French scholars like Baudrillard and Virilio. Yet there is one that carries straightforwardly into the subject matter of this text. The profusion of digital information attenuates whatever relationship this information may have with reality and while permanently links individuals with the internet universe it disconnects them from a genuine immersion and acquaintance with real life issues. The ability to immerse and engage with the events that mark one’s living help engrave these events into personal life trajectories, construct an active memory and contribute to the feeling of coherence and continuity in one’s life. These qualities are key to human well-being and are increasingly endangered by what distinguished philosopher Albert Borgmann conjectures as the “the glamorous fog of the cyberspace”. Even though much is certainly gained by and through the internet, it is difficult not to feel regretful of the fact that these genuine human qualities seem to be increasingly endangered.

As these effects proliferate and join hands, they tend to bring into being a steady flow of events and situations that rapidly traverse the space of individual perception and living and disappear only to be replaced, swiftly and unpredictably, by a similar cohort of contingencies. Even if perpetual move and change have been intrinsic to modernity, the trends unleashed by the current developments signify a novel stage. The stability, relevance and coherence that, no matter how tenuous, persisted in modern living seem to be further dissipated but also qualitatively changed by a life centred on and impregnated by information artefacts. This expanded and fragmented present seems to me as implying a living whose links to engraved life trajectories become progressively attenuated, blurred and in some cases broken. This is what I envisage as living without lives.