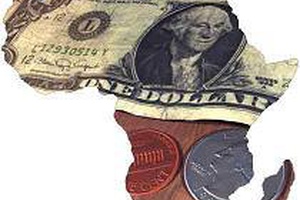 With Africa, a discussion of capital flows is far more likely to evoke images of international aid than private investment. The very idea of private equity and hedge funds racing to place their bets on the African continent seems almost incongruous.

However, this is indeed what is occurring today: Africa is in the process of becoming the new emerging markets investment frontier. And the enthusiasm is no longer limited to South Africa, whose borders once delimited the extent of plausible investment: Kenya, Ghana and Botswana are fast becoming darlings of the financial markets.

From bases in London and New York, but also Johannesburg and Lagos, investment outflows into the entire continent are gathering pace. As recently as last spring, Renaissance Capital announced the launch of a billion-dollar pan-African investment fund. A few weeks later, South-Africa's Pamodzi Investment Holdings announced a $1.3 billion pan-African fund backed by American financial institutions. The London-based fund Blakeney Management invests in Angola, Mozambique or even Ethiopia, betting on the countries that have managed to pull themselves out of years of violent conflict. In total, near $3 billion in private equity has been raised in 2007.

Investors in emerging securities are also developing a taste for Africa, with global emerging market funds deploying near 10% of their portfolios on the continent. The emergence of pan-African securities funds, such as those developed by investment firms Investec or Stanlib, a subsidiary of the Standard Bank of South Africa is another revealing trend. Imara, a South African investment group, now offers three African funds, of which two are dedicated exclusively to Nigeria and to Zimbabwe respectively.

All this is, of course, still a far cry from the colossal sums at play in OECD countries and other emerging regions, but the current rumblings in the world of African finance are remarkable, and call for our closest attention. These latest initiatives follow in the stead of by Ethos Private Equity, which launched a $750 million fund in 2006, the largest pan-African fund to date.

Shortly before, the Saudi prince Al-Walid Ibn Talal began investing in Ghanaian banking, Telecoms in Senegal, and had driven the creation of a new $400 million fund: HSBC Kingdom Africa Investments, in association with HSBC.

The oft-reviled hedge funds have also joined in the enthusiasm. Tudor Investments bet on Africa Opportunities Partners, a vehicle investing in Tanzanian beer, Senegalese Telecoms, and Insurance companies in Egypt. Most recently, in Europe on the 1st of July 2007, the Swiss financier Nicolas Clavel launched the first hedge fund entirely dedicated to Africa: the Scipion African Opportunities Fund, with the aim of raising $700 million.

Why such a change of wind? External factors such as, international conditions, high liquidity and the search for yield all combine to push investors into the arms of ever riskier, yet potentially rewarding investments. In parallel, investment opportunities have expanded greatly, with over 522 firms now listed on sub-Saharan stock exchanges, up from barely 66 in 2000. Financial information is also improving strongly. Just this year, the Moscow-based investment bank Renaissance Capital has been opening offices throughout Africa, from Nairobi to Lagos through Harare. This year also, that firm's analysts have begun covering 14 Sub-Saharan local equity markets - an unprecedented move that would have been unthinkable but five years ago.

However, the core reason lies in conditions endogenous to the region. As the African Economic Outlook, a joint publication of the OECD Development Centre and the African Development Bank, has underlined for several years, growth in Africa is back on track. But it is not only the oil or mineral-rich countries who find themselves pulled up by the insatiable demand resulting from Asia's blistering growth. Whether in North or Sub-Saharan Africa, countries have been effecting the deep changes allowing them to pick up their economies and fast-track to growth.

A last noteworthy element is African human capital. At the helm of most Africa-centered funds is a new generation of African financiers with broad experience of international financial centres. Those that come home do so both with a sense of purpose, and the skills to implement their vision. For example, leading the Accra-based fund of Kingdom Zephyr African Management Company is the Ghanaian Kofi Bucknor. The Tunis-based manager of the $1 billion Emerging Capital Partners funds, the largest private equity firm on the African continent, is the HEC and Harvard-educated Vincent Le Guennou.

It is understood that Africa will not become a new emerging Asia or Latin America overnight. But neither should we forego the thought that, with a judicious nudge or two, Africa might become if not a financial El Dorado, at least a solid pole of attraction. At the very least, current developments should definitively dispel the lingering notion of aid as Africa's only recourse. Africa deserves more attention and more action. Less sympathy, and more investment.