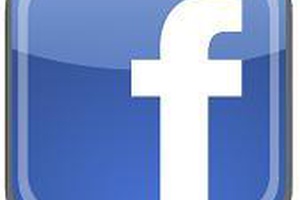 Much of what I have previously written in this website suggests a powerful, albeit mostly implicit, motif. The profusion of technological information that is characteristic of our age is rapidly moving beyond the borders of social and economic institutions in which it was originally spawned in the form of filing, indexing and data processing. It increasingly infiltrates and ultimately colonizes everyday living. The relevant developments are certainly associated with the massive involvement of the internet in social life but they have further been reinforced by growing bandwidth, media convergence and social networking. They have, of late, been given a new push by the the rapid diffusion of a battery of potent portable and connectible digital devices such as smartphones, digital cameras and tablet computers that are operating across the traditional semiotic borders of text, sound and image and the separate technological conventions to which reading, listening and viewing have traditionally belonged.

It is easy to trivialize these changes and overlook the wider context of technological and cultural developments from which they derive. In particular, smartphones, tablet computers and other devices of this sort would seem to be no more than innocent small machines that facilitate human interaction and communication. They are, after all, easy to command and can ultimately be switched off at will. However, perspicuous or more persistent observations may suggest otherwise. The involvement of these devices in the whereabouts of humans that is the outcome of their portability, constant human companionship and tactile mode of interaction makes them more sticky allies to human pursuits than it may seem at first glance. Crucially, the small size and portable nature of these devices often obscure the complex technological arrangements from which they derive, and the expansive and less evident nets of technologies and operations that render them potent and usable. Cut off from the internet, the technological platforms to which they belong and their GPS connections these digital devices do degrade to small and innocent gadgets. It is thus vital to recognize that their pervasive use is embedded in a complex universe of data and information tokens and elaborate technological arrangements by which the services they enable are mediated. Whatever reaches the screen and the human interface is only the last step in a large series of backstage connections and algorithmic operations by means of which an equally large number of data sources and repositories (for instance, Google maps, house availability services or stock markets information) are accessed and the services they enable made locally available on demand.

It is these developments that together with information-based services mediated through traditional desktop arrangements converge to establish a new framework within which everyday living unfolds. Ordinary experiences are increasingly cast in contexts and technological mediations that grant them novel qualities or attributes. A private party can be made a YouTube video and a family quarrel a Facebook story. Vernacular habits from shopping, travelling, and amusement are mediated by the services which these portable and ever-connectible devices afford. Common and often enjoyable activities, such as strolling in the city, are progressively targeted by GPS and location services, and, more recently, by the nascent augmenting reality technologies. Even intimacy itself is not left untouched, as dating and other similar intimacy services progressively diffuse across the social fabric. While each of these activities separately may not indicate other than small shifts in daily habits, taken together these developments would seem to suggest a more comprehensive redefinition of quotidian living. In her recent book Alone Together, distinguished psychologist and Internet scholar Sherry Turkle reports that one of her young male respondents told her that RL (which is interestingly how he referred to real life) is “just one more window” and usually not his best one. Even seen as an aberration, the remark is poignant and indicative of the trends I seek to point out.

Human faculties such as reverie and recollection that may seem far away from these developments are also drawn to the circuit of technological mediations. An illustrative example is offered by the Microsoft-based research project MylifeBits in which human experience and the impressions, feeling and memories with which it is associated are made the object of deep-going technological mediation and monitoring. MylifeBits is, as the relevant website states, “a lifetime store of everything” . Here is a quote of Microsoft’s relevant website:

MyLifeBits is a system ….initially focused on capturing and storing scanned and encoded archival material e.g. articles, books, music, photos, and video as well as everything born digital e.g. office documents, email, digital photos. It evolved to have a goal of storing everything that could be captured. The latter included web pages, phone calls, meetings, room conversations, keystrokes and mouse clicks for every active screen or document, and all the 1-2 thousand photos that SenseCam captures every day.

A relatively new and interesting add-on to these series of technological events that impinge upon long established daily habits is represented by what is usually called embedded or experiential computing. These labels are shortcuts for all those developments by means of which physical objects such as appliances, cooking equipment or implements that inhabit domestic living are by means of embedded electronic sensors and wireless links drawn into the orbits of technological information and the arrangements that have been briefly outlined above. An outcome of these developments is that cooking, exercising in one’s own place and other domestic pursuits can be shared with friends or strangers, neighbours or distant acquaintances and be made the object of comparison, talk, ridicule or joy. Mute objects and shapes by which industrial capitalism over the last century or so restructured and redefined domestic living are increasingly entering the orbit of technological information by means of which personal or intimate details reach out to a widespread culture of sharing, networking and gossiping.

All these bits and pieces together seem to me to suggest a rather profound, albeit often imperceptible, social change in which cultural predispositions and technological developments mingle into a loose yet indissoluble entanglement, a Deleuzean, as it were, rhizome that reshapes and redefines everyday living. Is this situation into which we currently find ourselves entirely new? As indicated above, history reflection may suggest analogies to industrial capitalism and the consumer experiences it sustained. The technological breakthroughs that were at the heart of the industrial revolution were originally manifested in the building of large industries and infrastructural solutions (for instance, transportation, electricity) that provided the material basis of modern institutions and modern life. Much later, they acquired another developmental trajectory, of which current trends are reminiscent, through the production and dissemination of a large array of massively available consumer products that came gradually to restructure domestic experience and daily life.

It is the nature of analogy, however, to be both instructive and deceptive at the same time. As distinct from the industrial experience, the speed by which the current developments occur challenges the slow forms of cultural change and the languid patterns of human psychological reorientation. In doing so, they leave little space for critical reflection and the cultivation of alternative forms of life (Living without Lives, Telos.eu, 26 November 2010). Other important qualities, characteristic of the profile of the trends I refer to, are closely associated with the nature of information and the surrogate versions of reality which computing devices mediate. The reality versions that reach the screens of computing devices of all kinds compel a way of relating to the world in which the tangible character of things and the sensible forms of experience they generate give way to technological mediations usually expressed in the surrogate and largely immaterial forms of text, sound or image (see Attempting the Impossible, Telos.eu, 8 July 2009). Small and imperceptible as they are, these changes cumulatively construct a daily ecology whose effects are far reaching.

Most crucially perhaps, the developments I single out here would seem to be subverting the private/public divide via a very distinctive route that would have been considered nearly impossible a few decades ago. This is clearly reflected in the massive infiltration of the socio-cultural centre stage by the trivia of life and the consequent crowding out of public concerns by quotidian preoccupations, of which social networking sites are the most conspicuous technological platforms. What renowned sociologist Richard Sennett once decried as the tyranny of intimacy (The Fall of Public Man, 1977) seems to be installing itself at the heart of what seems to be a declining public sphere. Though sensed by the late Foucault and his followers, the connection these developments entertain with information, information services and the technological arrangements characteristic of our age has largely remained beyond the purview of critical social commentary.