Stalemate or Reaction? The Midterm Elections and their Discontents edit 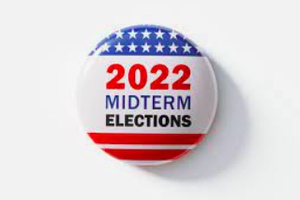 How will the Republican Party use its new-found power if, as is near-certain, it gains control of one or both houses of Congress in the November midterm elections – a success facilitated by what I have described elsewhere as a slow-motion and ostensibly legal coup d’état? (1)  Common wisdom about the American system of separated powers holds that divided control of Congress and the presidency produces stalemate, a freezing of the status quo. I suggest, on the contrary, that the result will be substantial: Republicans will use their congressional power not simply to block presidential initiatives but to reshape American politics and policy in reactionary, ultra-rightist, and anti-democratic directions.

America’s current political situation is often described as involving partisan polarization, a result of both parties having veered toward the political extremes. However, this reflects a misunderstanding of what has occurred. While the Democratic Party has shifted somewhat to the left, the GOP has become a radical-right party that has violated democratic norms and procedures by rejecting election results and participated in insurrection. Journalist Jennifer Rubin comments, “It’s not polarization when one party recognizes the results of a democratic election and the other does not. That’s radicalization of the GOP.” (2) At the same time, the GOP has embraced racist, xenophobic, homophobic, and reactionary social and economic policies. Although the party’s shift to the far-right long preceded the political ascent of Donald Trump, it accelerated since his election in 2016 and reached new heights (or, rather, depths) since his defeat in 2020. (3) Further reaction and regression are likely following the midterm elections, when the Republican Party gains substantial additional power, and when it will become even more extreme and reactionary because ultra-right congressional candidates, who have recently won GOP primaries against less extreme incumbents, are elected.

If the GOP takes control of either or both houses of Congress in November, probable developments include:

By blocking President Joseph Biden’s desperately needed policy initiatives to deal with climate change, the economy, public health, and democratic governance, the GOP will exacerbate these grave crises for the remainder of Biden’s first term.

The Republican Party’s influence will extend far beyond preventing Democratic proposals. Congressional Republicans will obtain leverage to reshape public policies during annual budgetary negotiations. (Funding for most federal programs requires annual congressional approval.) If President Biden rejects the GOP’s far-right demands, and at least one chamber refuses to approve the budget, much governmental activity will shut down. Further, if the GOP were to choose to oppose raising the federal government’s debt ceiling, as leaders have threatened, the resulting U.S. government bankruptcy would create an unprecedented financial crisis in the U.S. and globally.

What kinds of policy changes will the GOP demand? The document released in September 2022 by House Republican leaders, “Commitment to America,” enumerated the party’s priorities. The platform is notably short on concrete proposals both because of splits within the Republican Party and because many Republican priorities are highly unpopular, including further restrictions to abortion, draconian immigration policies, regressive tax policies, and deep cuts in social spending. The party is crystal clear about one goal. As columnist E.J. Dionne Jr. observes, GOP leaders “really do have a commitment—to making Washington a pitiless battlefield.” (4) Otherwise put, the party will use its substantial power to pursue the politique du pire.

A Republican-dominated Senate would probably withhold necessary approval for many of President Biden’s nominees to the federal judiciary and executive positions, thereby crippling the federal government.

Partisan investigations. Future Republican chairs of congressional committees have announced plans to launch partisan investigations to discredit the Biden administration. (5)  Expect stiff competition among Republican congressional committee chairs to gain maximum media attention. More extreme yet, several Republican leaders warn that a Republican-controlled House of Representatives might impeach President Biden (an action that requires only a simple majority of the House of Representatives).

An effective Democratic response to the developments described here seems unlikely, given the prospect that the GOP will win the midterm elections by fair means or foul. Nor has there been a sufficiently broad and powerful popular movement to counter the GOP’s well-organized slow-motion coup.

While this somber analysis suggests the magnitude of the stakes November 8, worse will doubtless occur if Trump’s slow-motion coup succeeds in 2024 and he is re-elected president. (6) As reaction becomes catastrophe, Trump and the GOP will have provoked the gravest political crisis in the U.S. since the Civil War.