The dark side of the Californian dream edit 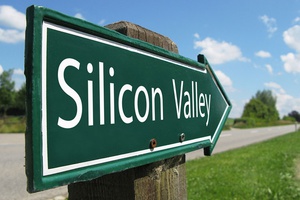 Before I boarded a plane to Paris last December, one of my American colleagues took me aside: “French audiences are very critical,” he warned me. “Polite, but very critical.” Thus, I was not surprised when I finished my lecture at EHESS and watched what had appeared to be an easygoing and attentive audience rise up to take sharp, concerted aim at my pessimistic account of the history and future of American technoculture.

What did surprise me were their hopes. As the questions tumbled out, they revealed a shared dismay with the state of France today. Questioners pointed to the rise of the National Front; to high rates of unemployment; to the persistence of racism and xenophobia. Surely, they suggested, the entrepreneurial individualism of California hacker culture could help dig them out of this mess. Silicon Valley and San Francisco – weren’t they geographically entwined examples of how egalitarian culture and economic growth might nourish one another?

As Monique Dagnaud so politely and critically pointed out in her recent article for Telos, my audience and I were staring at each other across a chasm of missing information. Through my admittedly rosy glasses, France looked like a bastion of high culture, exquisite cuisine, ethnic diversity and, as the second largest economy in Europe and the fifth in the world, economic strength. But I had spent no more time in Paris than many in my audience had spent in California’s Silicon Valley. And so my pessimism remained as much a mystery to them as theirs did to me.

Here then, I would like to say a little bit about where my pessimism comes from.

I’ve lived in Mountain View, California, for twelve years – just a few miles up the road from the headquarters of Google and a few miles south of Stanford University, where I teach. Much as a Parisian living in the Fifth Arrondissement might see both the charms of its medieval byways and the challenges of its cramped apartments and congested traffic, I can walk out my door and see the wealth that the Valley’s culture of innovation has created and at the same time, the challenges that wealth presents.

Like America itself, Silicon Valley is a radically unequal place. According to a 2013 report by the nonprofit research group Insight Center for Economic Development, more than one in five families in the region earn less than $35,000 a year. The Center estimates that a family of four would need more than twice that amount – $74,000 – a year to cover basic housing, food, transportation and childcare. A few months ago, police descended on a 68-acre warren of tents in San Jose, near the southern end of the Valley, and cleared out the approximately 300 residents of “The Jungle,” the largest homeless encampment in the United States. Bear in mind that this took place in a small valley that according to Forbes magazine, houses 34 billionaires, as well as the headquarters of Google, Apple, Facebook, Intel, and many other enormously profitable tech firms.

Economic disparities echo racial and gender differences as well. In 2014, the average income of whites in the Valley rose more than five percent, while the average income of Hispanics and African Americans actually fell two and five per cent respectively. Men with a degree from a four-year college earned between 40% and 73% more than women with the same credentials, across all races. And the cooks, the gardeners and the housecleaners who keep the Valley’s computer engineers comfortable? Most earned the minimum wage: $10 an hour.

According to the mythology of hacker culture, the universal availability of computers should have made it possible for most anyone with enough chutzpah to form a start up and work their way to wealth. Just look at Steve Jobs, or Mark Zuckerberg, say the pundits. And even if not everyone could catch the brass ring, well, said the optimists, “A rising tide lifts all boats.” We simply needed to free the creativity of individual entrepreneurs, cut the marketplace loose from the fetters of state regulation, and, thanks to the magic of American individualism and American technology, we would do what politics and government have manifestly failed to do: build a radically more equal society.

So far as I could tell, many in my mid-winter audience at EHESS had begun to hope that technology and entrepreneurship might in fact be able do what the state could not. Thus, they were baffled, even angered, by my call to turn away from technology and to return to politics. They were even more confused by my references to the hazy days of May ’68. What did marching in the street fifty years ago have to do with reducing inequality today?

The answer, at least here in California, is everything. In Silicon Valley, today’s libertarian calls to turn away from the government and toward technology and entrepreneurship as modes of social change have deep historical roots in an earlier turn. In the 1960s, America saw the rise of two distinct countercultural movements: the New Left and the New Communalists. As it did in France, the New Left here sought to change politics by doing politics. It formed parties, issued manifestos, and marched against the Vietnam War. For the New Communalists however, politics itself was the problem. Between 1965 and 1972, tens of thousands of young, mostly white Americans headed out into the rural wilds and built communes. There they aimed to do away with bureaucracy, with law, with government as such. They aimed to replace them with “consciousness” – a shared state of mind that would enable citizens to pursue the collective good without formal debate. And how would they achieve this mindset? Through the use of then-mind-altering technologies, such as rock-and-roll amplifiers and LSD.

Though it may be hard for a visitor to see at first, the ideology of the New Communalists permeates Silicon Valley today. How it got here is a long story, which I’ve told in my book Aux sources de l'utopie numérique: De la contre-culture à la cyberculture (C&F Editions, 2013), but suffice to say that the hope that digital technologies will create a shared consciousness that will free us of the need for formal government persists. As does the deep distrust of politics. More than a few Valley executives would agree with the co-founder of PayPal and venture capitalist Peter Thiel when he told the attendees at the 2010 Libertopia conference that “The task in this world where politics has become so broken and so dysfunctional is to find a way to escape from it.” Technology, for Thiel at least, “is this incredible alternative to politics.” Louis Rossetto, founder of Wired magazine, put it this way: “I think politics are a mistake… If you want to make a better world, forget about electing Barack Obama or Hilary Clinton or any of these politicians. Go out and do it yourself, directly. You can make a better world in the areas you have influence in, in the real world that you live in.”

Rossetto’s logic is enormously seductive. In the frustrations of my French audience at EHESS, I could feel its magnetic pull. If the structural problems of inequality, racism, immigration and unemployment seem beyond our control, well, why not simply change what we can, here and now? And why not use our cell phones and lap tops to do it?

My answer: because Silicon Valley itself shows us it won’t work. I need only walk around my neighborhood to see how the start-up culture we are now exporting has done nothing to ease the racial and economic divides that plague this region and the nation as a whole.

All of which, I suppose, makes me feel a bit like a Parisian who has been lectured by a visiting American on the wonder that is France.