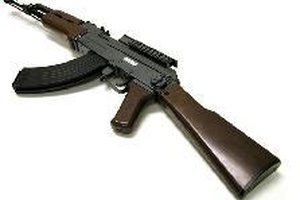 Since August 31, there are no more U.S. combat forces in Iraq. However the complete drawdown of U.S. troops won't occur before December 2011. In Baghdad, Prime Minister Nuri al-Maliki said he was confident in the ability of Iraq’s new security forces to take the lead, adding that he was delighted by Iraq’s recovery of « its independence and sovereignty. » But does this guarantee the return to stability and the end of violence? This is far from certain.

The officials’ optimism cannot hide the scale of the crisis which plagues Iraq. Among the enormous challenges that the country will have to face in the weeks and months ahead, the control of violence –ubiquitous since the conflict began– seems most pressing. In the absence of a new representative and consensus government, the U.S. withdrawal could, in fact, heavily affect the security situation, despite comforting statistics about the decline of armed incidents on the field.

Since the first wave of the U.S. withdrawal in June 2009, Iraq’s developments have been characterised by daily suicide bombings, attacks and assassinations, all pointing out to a state of structural violence. More than seven years following the overthrow of Saddam Hussein, the dynamic of social disintegration therefore persists, inheriting the last period of foreign occupation and, to a large extent, pre-2003 violence as well (Iraq’s conflict with Iran, Gulf War, international sanctions).

After significant military setbacks, the armed insurgency has already reconstituted itself in several parts of the country, particularly in Baghdad and the Sunni province of al-Anbar, where U.S. forces, allied with the tribal “Awakening” councils (Sahwa), had managed to defeat al-Qaida. The jihadist organisation, which many thought had been liquidated, recently claimed a series of spectacular operations, demonstrating its resolve to fight the occupiers and Iraqi authorities. In the longer run, its supporters aim to disrupt the institutional legacy left by the U.S. and establish a conservative regime (officially proclaimed in 2006 under the name of the “Islamic State of Iraq”) as a prelude to a restoration of the caliphate.

This permanence of violence is obviously reinforced by the current political impasse and failure of Iraqi leaders to agree to a new executive several months after the parliamentary elections (March 7th 2010). Negotiations between the two leading coalitions – al-Maliki’s “State of Law” and Iyad Allawi’s “Iraqiyya” list – with the “kingmakers” – the Sadrists, the Islamic Supreme Council of Iraq, Kurdish parties, amongst the most influential – have all failed and pushed the horizon of a national reconciliation and rebuilding of a functional state.

Such state deficit, relating to sovereign (restoration and maintenance of security, justice, upgrading of infrastructures, providing basic services like water and electricity) as well as social and economic functions (employment, economic reforms, fight against corruption) durably discredits the political leadership and exacerbates the discontent of civilian populations. More importantly, this feeds a vast war economy, marked by widespread illegal practices (smuggling, extortion) and a “survival system” which actually took root during the 1990s under the embargo and led to a disintegration of traditional social ties.

Advocates of violence are taking advantage of this situation of economic ruin. For instance, insurgent factions offer salaries and various material benefits to ordinary citizens who, either hit by massive unemployment and extreme poverty, or simply tired of the government, do not hesitate to carry out paid attacks. Even more revealing is the fact that some tribal leaders, who had allied with the U.S., have lately rejoined the insurgency, when not being killed by al-Qaida for their past “betrayal.” This shift can be explained by unfulfilled tribal demands, in particular the integration of tribes into the new security apparatus.

While violence mostly remains endogenous, it is yet also part of a complex regional context. The difficulties in forming a new government are partly attributable to the “proxy war” being waged since 2003 by Iraq’s close neighbours. In this respect, Tehran intends to use the U.S. disengagement and its links with Iraqi Shiite parties to strengthen its influence. Saudi Arabia, meanwhile, continues to support Allawi and his Sunni partners to oppose the “Shiite arch” dominated by Iran. Concerned with the presence of separatist groups on its borders, Turkey for its part counts on a revival of Arab nationalism in Iraq to prevent the formation of an independent Kurdistan. And Syria has been rather ambiguous in its stance by multiplying contacts and talks with Iraqi political rivals in recent months.

In Washington, criticism and attacks now come from all sides. Some among the most virulent critics of the U.S. offensive of 2003 describe this withdrawal as “premature” and call upon the responsibility of the United States to support Iraq after 2011. Others accuse President Barack Obama of exploiting its electoral promise in a purely tactical objective – re-legitimising his presidency on current domestic affairs and the Afghan crisis. Obama nevertheless openly acknowledged that the stabilisation of Iraq would not be an easy task, echoing Iraqi Defence Minister Abd al-Qadir al-Ubaidi’s belief that the Iraqi army would not be able to maintain security without a foreign presence “at least until 2016.”

The issue of a continued U.S. occupation of Iraq in other forms remains extremely sensitive. Radical cleric Moqtada al-Sadr announced this month that his followers would resort to violence if the new government cautioned a U.S. military presence after December 31, 2011. While it is impossible to predict future scenarios for the time being, Washington has already appointed a new commander in Iraq, General Lloyd Austin, known for his restraint and dubbed by his peers. This marks the beginning of the last phase of the U.S. engagement in Iraq, called “Operation New Dawn” and focused on the training and consolidation of Iraq’s security forces.