Minimum wages, maximum wages and the level of economic discourse in Germany edit 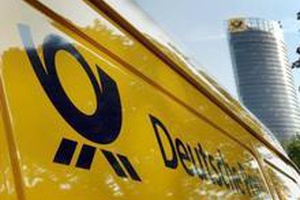 The past few weeks have been economically challenging for economists who live in or deal with Germany. For starters, the parliament just passed a minimum wage for postal workers. Second, the country is in the grips of a national discussion of “the excesses of managerial pay”- and a significant number of politicians have argued for caps on executive pay – maximum wages! And precisely because the quality of economic discourse surrounding these issues is so abysmal, one may need to think twice when assessing whether Germany has made any fundamental progress on labor market reforms.

First, an explanation of that “postal minimum wage.” Most outsiders are probably unaware that Germany doesn’t have a minimum wage like the US, the UK, or France. Funny, so why give postal workers special treatment? It turns out that under certain conditions, the government can declare collectively bargained wages to be binding for all workers. Indeed, this mechanism is rarely invoked, because the necessary conditions for such a declaration generally do not usually hold. In particular, they do not hold in those sectors where wages are currently declining the most – where competition from foreign workers is the greatest. In recent years, the construction and facility-management (building cleaning) sectors have been under particular pressure. In response to growing criticism from the unions, the so-called Entsendegesetz was passed in 1996 to set minimum wages and working conditions for foreigners employed in Germany by foreign contractors. While it is generally legal for EU-nationals to work in Germany under the EU-treaty, the fact that Eastern Europeans were willing to work for wages significantly below collectively bargained wages was an obvious source of tension. This law has now been invoked to extend a minimum wage to all workers in mail delivery activities.

You are probably still confused. Since when do Eastern Europeans work in German post offices? They don’t. In fact, as in most countries, German postal workers have tended to do pretty well in the food chain. Well it turns out that as of next year, the postal monopoly will be significantly relaxed, allowing private companies to compete head-on with the Deutsche Post (which is incidentally a DAX listed concern with 500,000 employees). Because German mail carriers still earn civil servant salaries, their jobs will be more than threatened by workers employed at lower wages by private companies such as PIN and TNT (who are incidentally not Eastern Europeans). Put differently, the Entsendegesetz is conveniently serving as the Trojan horse for a German minimum wage – and will probably lead to the elimination of thousands of jobs in the private mail delivery sector. If the fog of confusion hasn’t cleared yet, consider that the new SPD labor minister Scholz just announced over the weekend that more minimum wages are on the way in other sectors – temporary help agencies, meatpacking, gardening, beauty salons, and bakeries, just to name a few.

And what about those maximum wages? The national discussion of “fairness” – not only about the fairness of low wages, but also of high managerial pay – has strained economic credulity. While sometimes hard to distinguish from thinly-coated envy, the debate really reveals a lot about the state of economic sophistication of politicians, the media, and those they represent, the general public. Rather than asking the economic question – why do workers in low-skilled occupations and sectors earn so little and why do managers earn so much – the knee-jerk response has been to call for more state intervention.

The discussion has become nothing short of demagogic. The unions are trying desperately to divert attention from their visible failures – not only to organize the poorly-paid and to raise their wages, but also to retain the loyalty of high-skilled workers such as doctors, airline pilots and locomotive engineers. While it is true that many managers – as in many other rich countries – earn exorbitantly high salaries even if they do badly, there remains what I call the “managerial law of large numbers”. Consider the Deutsche Post again, which paid roughly €18.6 b in total compensation in 2006, or about € 37,000 per employee. Senior management (Vorstand) earned €10 million of base pay in the same year. Thus, getting rid of the senior management of this DAX company would yield the average worker at the Deutsche Post about 20 Euros per year – hardly enough for a decent meal for two at a cheap Berlin restaurant. And the company would be adrift without a management team. Not a very pleasant prospect if you are working for a salary at the Deutsche Post.

If Germany really wants to put a cap on managerial pay, then it should bring back high and progressive income taxes, such as those imposed in Denmark and Sweden. Yet Germans will have to live with the consequences: the best talent will migrate to countries with lower tax rates. This might have the unwanted consequence of driving abroad a number of top sports stars. An alternative solution might be simply for shareholders to impose the same rules on managers that are imposed on professional athletes who earn comparable salaries. Hire at will, no employment protection, performance related pay, no golden parachutes, no adjustable stock options. Why treat Joseph Ackermann, the CEO of Deutsche Bank, any different than Michael Ballack, who plays for FC Chelsea (still) and earned roughly the same salary in 2006?