If I wanted to go to there, I wouldn’t start from here edit 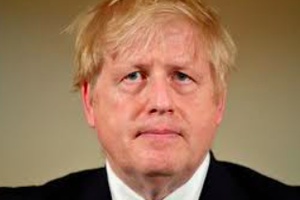 The quote above is an anecdotal story of an Irishman giving an Englishman travel directions… and after twelve years of Conservative led governments I’m not sure that it is an inappropriate summary of how the United Kingdom got to where it is today. Nor am I sure where ‘there’ is either, given the current state of world affairs, continuing Covid issues and post Brexit difficulties. What the UK faces at the moment is a crisis of government at the centre of which are concerns about its leader, Boris Johnson.

The United Kingdom has now had Conservative governments for over twelve years. For much of that time, the country has been going through a period of austerity in which cuts in government spending, ostensibly introduced as a means of dealing with the post 2008 financial crisis, brought about severe reductions in the quality of public services, especially in areas such as health, education, and social care for the elderly and children. The result of the Brexit referendum essentially put British politics on hold until Britain had reached a deal with the European Union which would extricate the country from the EU. Such a deal was finally agreed in late 2020, but not without costing one Prime minister, Theresa May, her position, seeing her succeeded by the current office holder Boris Johnson, a former leader of the Leave campaign. In turn Johnson called a general election in 2019 at which he delivered his party an overwhelming majority of over 80. With the final conclusion of the withdrawal agreement in late 2020, Johnson looked set for a long period in office.

Then came the pandemic. Despite appearing to act slowly, the government has some success in protecting jobs, keeping people safe, and getting hold of a vaccine early. But the problems posed by having to deal with Covid meant that other policy areas were put on the back burner, and the post Brexit world was already posing difficulties. Though Johnson has delivered on his promise to ‘Get Brexit Done’, he had failed to prepare most of the country for the changes would bring about to the import and export of goods under the new trade agreement with the EU and though promising that there would be no border between Great Britain and Northern Ireland, had in fact agreed to one in signing the Northern Ireland Protocol, itself agreed as the best mean by which the Belfast Agreement could be protected. But before any post Brexit issues could be addressed, the Covid outbreak intervened.

It was the rules the government imposed on the population at large during the pandemic, which involved people largely staying at home and not meeting others either indoors or out, that largely gave rise to the recent vote of confidence which Johnson faced in early June. People could not visit relatives in hospital or care homes, and numbers attending funerals were strictly limited and distancing rules applied. In 2021 it emerged that a number of parties had taken place in 10 Downing St, the home of the Prime Minister and his various offices. Despite denying in Parliament and public that either parties had not taken place or else that the Covid rules had been applied at all times, Partygate as the issue became known resulted in an inquiry led by a civil servant to see if rules were broken, followed by a subsequent police investigation, and a referral to the House of Commons Standards Committee to see if the Prime Minister had broken the ministerial code and had lied to the House. When the issue first broke, a number of Conservative MPs had indicated that they thought the Prime Minister should resign, as all the leaders of the other parties suggested he should! But there were insufficient numbers of Conservative MPs supporting such a move to bring about a vote. Many suggested that there should delay until they received the civil servant’s (Sue Gray) report; then they suggested they wait for the police report to see if Johnson was found to have attended parties and was fined for doing so. And he was so fined, along with his wife and the Chancellor of the Exchequer – for attending at least one party on his birthday. Still the Conservative MPs chose to take no action, preferring to wait and see both how the party did in local elections and what the Gray report had to say. The local elections, although not a complete disaster for the Conservatives, saw them lose over 400 seats and control of several local councils. Again the Conservative MPs did nothing, waiting for the Gray report. When published in the last week of May, the Gray report identified severe weaknesses of pollical and official leadership in Downing St over the more than a dozen parties she investigated.

Rumbling away in the background during all this Partygate furore has been another issue over which Conservative MPs were unhappy with Johnson, namely problems arising with the Northern Ireland Protocol. Elections for the Northern Ireland assembly took place with the Catholic Sein Fein nationalist party winning a majority of seats for the first time, so allowing their leader to become First Minister. But the Belfast agreement requires that the second largest party, in this case the Democratic Unionists (DUP), to take up the office of deputy first minister. Since Brexit, the DUP has consistently objected to the Northern Ireland Protocol, despite having voted for it in the first place! They argue that it forces a separation between Northern Ireland and the rest of the UK and demand its removal before they will take up office in the new assembly, resulting in paralysis in Northern Ireland‘s government.

Meanwhile, with the British government threatening unilateral action over the protocol and the EU threatening retaliatory action, Downing St seemed more intent on protecting Johnson by either new policy announcements or using what is known as the ‘dead cat’ strategy – that is to say by suggesting news items which take the pressure of Boris. Most obvious in this case is the suggestion that British returns to imperial measures after 50 years of using metric ones. Even my grown up children were taught metric rather than imperial measures at school, so today most Brits would not be able to measure things using imperial measures! But, like a dead cat, it briefly kept the Partygate story off the front page. Yet polls suggested that over 60% of the British public think Johnson should resign over the matter; he was booed when entering Westminster Abbey for a service celebrating the Queen’s Jubilee, and an increasing number of Conservative MPs has submitted letters calling for him to go. June also sees two by-elections in which the Conservative could lose both seats.

With inflation rising towards 10%, the country faces an increasing cost of living crisis, another issue with which Conservative MPs were unhappy with Johnson and his government. Whilst some measures were introduced to help the less well off deal with the difficulties, in many Conservative MPs eyes these did not go far enough. And by the time the Jubilee celebrations were over, enough MPs had signed letters calling for a vote of confidence to be held. And so it was on Monday June 6th – the day after the celebrations and the first day MPs returned to Parliament. As expected, Johnson won the vote – given that some 130 MPs hold government positions the result was hardly in doubt – turkeys do not vote for Christmas even in a secret ballot! But almost 150, or 41%, of his MPs voted against him, drawn from all sides of his party, more than voted against Theresa May or Margaret Thatcher when they faced similar votes. Johnson survives, and bullish as ever promises to ‘get on with delivering the things people want’, but those by -elections are still to be held, and a further report from a Parliamentary committee to see whether or not Johnson knowingly misled Parliament is due in the autumn. And maybe there will be another scandal awaiting Boris. Lame duck or greasy pig – can Johnson remain in office much longer? Most observers think he will go within the next 6 to 9 months – this observer would not be surprised if somehow Bojo managed to wriggle free yet again!